Skip to content
Home » Blogs » 7GenGames » Throwback Thursday: Why Higher Education Is The Next Bubble

Going through our archives, we came across this great post from January 31, 2011 “Why Higher Education is the Next Bubble” that we wanted to share in case you missed it the first time around.

When I got married, I owned two houses. I sold both, using the money to pay off my other debts and pay for my daughters’ college. Even though everyone told us we were crazy not to do it, we didn’t buy another house. As my husband said,

“Every house, every condo within miles of us sells for over a million dollars. There can’t be THAT many drug dealers in L.A. How can all of these people possibly afford these prices?”

There are a few things I see the higher education market has in common with the housing market (and health care, too, for that matter). 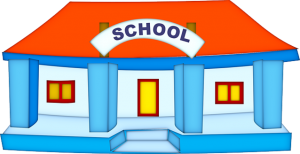 So, here’s the situation … we have people who don’t have a lot of money, taking out government subsidized loans that they may not be able to pay back and giving the money to large institutions whose investors and higher level executives are extremely well-compensated. At the same time, the lower tier of loan officers / adjunct faculty / admissions are strongly pressured to make it easier for almost anyone to qualify. There is a spiraling effect where people are afraid to be left out of the market (“Employers won’t hire anyone with a degree any more”) and people buy homes not because it is where they really want to live (or go to college not because it’s what they really want to do) but “because it’s an investment”.

I’m certainly not the only person who has pointed these facts out. Everyone from the Wall Street Journal to the Naked Law site (which is law for non-lawyers, not law by naked lawyers, sorry to disappoint) to the Washington Independent has made these same connections. Perhaps this proves that you don’t need to be a statistician to find patterns in data and you don’t need to be a mathematician to figure that $160,000 is a poor investment to MAYBE get a $30,000 a year job, or maybe be unemployed.

You learned that much math and statistics in college, didn’t you? You should have, because you certainly paid enough.