Skip to content
Home » Blogs » AnnMaria » What Urban Youth Need to Know: The Rest of the Story

I was asked to speak at not one, but two, different youth summits over the weekend. On my personal blog, I wrote the first part of my keynote address, about being handcuffed to a bed in juvenile hall, in foster care, and getting to the point where I am now. Warning: NSFW.

When I woke up this morning, it occurred to me that youth need more than being told what type of character they need – although they need that. When I hire someone, I hire for character first. If they are dishonest, unreliable or can’t function in the risky environment that is a startup, the rest of their qualifications don’t matter.

And yet, as I tell my children all the time,

I have a Ph.D. and a gold medal from the world championships. One of those two things makes it possible for us to live by the beach in Santa Monica, and it’s not the gold medal.

So, I’m talking to you smart, talented kid from not-the-richest family. Here’s some things you are going to run into that I want you to be ready for:

You won’t always be the smartest person in the room. In fact, if you get into a good school, you may find yourself for the very first time in the BOTTOM half of your class. None of those kids at the top look like you or talk like you. Do NOT fall into the trap of “If I can’t be better, I’m going to be different.” Those kids very likely went to better schools than you where they had SAT prep class after school every Wednesday and every Saturday morning for two years. Their school started earlier in the year than yours and ended later so by the time they graduated, they’d had the equivalent of a year and a half more school than you did. They didn’t have to work in high school or college, so they had more time to study. I want you to realize this now because when it happens to you – and, if you’re lucky it will – you understand that it is NOT that you are not just as smart as everyone else. It is NOT that people like you or you specifically can’t make it in Calculus or Physics. You may need a tutor to catch you up. Swallow your pride and go get one. This goes back to that courage and honesty I talked about. You’re going to have to admit that you went from top of the class to someone who needs help in math. Get help. See your professor. If the professor is a jerk, go to the tutoring center, find a friend who passed the class. Do what you need to do.

Figure out your strengths and weaknesses. I was not the person you would want to hire as a kid. I admit it because it’s true. I was ready to fight and argue with anybody. I knew that to overcome my personality I had better be really good at something else. I picked math and programming because there was a real demand for it and if you were good enough, you could get hired as long as you showed up wearing clothes and didn’t punch the interviewer. Maybe a smarter person would have tried to figure out how not to be so angry at the world and worked on being more socially appropriate. I’d like to think I’ve become better at that, although if you read the first part of this talk you might question that.

There’s this myth that you should only study what interests you. Sometimes, if you study something and you understand it, you become interested. I didn’t like math when I was young and now I love it because – well many reasons. One is that you can get answers and prove them, while so much of the rest of life is uncertain. Understand just because you don’t know something now, doesn’t mean you can’t learn it. One of the reasons I decided to make math games is that I saw a lot of students who fell off the pyramid. That is, math BUILDS. If you don’t understand fractions, you’re going to struggle with proportion, probability and decimals. That doesn’t mean you don’t have a “math brain”. It means that you need to go back and pick up the pieces that you missed earlier. Learn everything you can. Even if you think it’s boring. Even if you hate the teacher. Even if the other people in the class are a bunch of jerks.

Okay, I’m running out of time, so I want to give you one last piece of advice. When you start, you will have to go along to get along. By that, I do NOT mean putting up with racial slurs or sexual harassment. I mean that you probably have to dress up for work – unless you work in a start-up like ours. You have to speak proper English to customers. You have to walk the walk and talk the talk because people are paying you and they get to dictate your behavior. When you work your way to the top, you can do that less, but I still wear a suit when I go to certain meetings with people who mean a lot of money to our company. You won’t even know what you don’t know, as far as how to act in certain situations. Find a mentor. There are people who will help you if you reach out to them in the right way.

Know this. Never, never, never give up, no matter how bad it might seem at the time, and you will reach unbelievable heights. 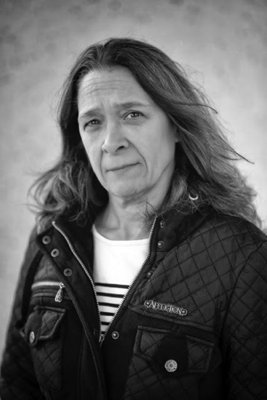 2 thoughts on “What Urban Youth Need to Know: The Rest of the Story”