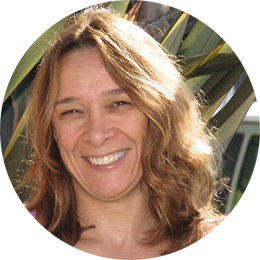 “The strength of the United States is not the gold at Fort Knox or the weapons of mass destruction we have, but the sum total of the education and character of the American people.”

I hate to be the one to tell you this, but that education and character is going to hell in a handbasket. Since I started school in the very beginning of the 1960s, the mathematics we teach our children has gotten easier, not because they have gotten smarter, but because we have required less of them. That, my friends, is not a good thing. This lessening of standards has not occurred across the board, either. Children of certain racial and ethnic groups are getting A’s and B’s for work that would have flunked them a decade ago or in a school district ten miles away.

If it’s true that there are two kinds of scientists, those who use mathematics and those who understand mathematics, then I am the first type. I am not going to be having new mathematical theories named after me any time soon. However, I understand enough math to realize that without it, many fields, from finance to economics to computer science to physics – much more than half the world – are closed to some of our children.

As technology becomes ever more a part of our lives, another divide is restricting children’s futures, differential access to information, the ability to manipulate and create it. Don’t fool yourself into thinking that children in reservations, ghettos, and barrios who have access to TikTok, Facebook, and computers at a public library have anywhere near an equal playing field. There are children who are on the career path to designing networks, creating websites with a storefront, and integrated database to fill orders. Then there are other children who are prepared only to post on Instagram about how wasted they got last night.

There is another emerging divide in this country: literacy. The limited vocabulary that even many adults have, again, keeps them out of fields where they have the intelligence and motivation. What they don’t have is the language to succeed in their studies. Strangely enough, for many of these people, English is not their second language, in fact, it is their only language.

According to Antoine de Saint Exupery, author of The Little Prince, none of this is the sort of thing grown-ups want to know about people. They don’t want to know what you passionately believe is important. They want to know what schools you attended (and if they were really good schools), what jobs you had, and if you graduated.

In short, I have a Ph.D. and M.A. in Educational Psychology from the University of California – Riverside, where I specialized in applied statistics and psychometrics (I can’t help you if you don’t like your mother, but I can tell you what percentage of the population has a worse relationship with their mothers than you do, and the consistency of that relationship over time). I also earned an MBA from the University of Minnesota and a BSBA from Washington University in St. Louis.

Over the past thirty years since graduating from college, I’ve been a professor for many years, an eighth-grade math teacher, started a company that grew to over a million dollars in contracts in less than two years, published articles in scientific journals, worked as a statistical consultant for twenty-nine years, and been vice-president of a consulting company. I wrote grant proposals funded for millions of dollars. At first, I kept track each year, ‘over five million in funded proposals,’ ‘over seven million in funded proposals.’ After a while, I started feeling like one of those signs over McDonald’s – “over 198 billion served” – and I quit counting.

Now, I work on developing games to teach kids math.


If you’re looking for something a little more formal, the following is for you:

Dr. AnnMaria De Mars is the President and founder of 7 Generation Games. AnnMaria has more than 30 years experience in education, from eighth-grade math teacher to doctorate-level statistics professor and every level in between.

Named one of Forbes’ “40 Women to Watch Over 40: Women who are reinventing, disrupting and making an impact,” AnnMaria is doing just that at the helm of 7 Generation Games.

7 Generation Games is the brainchild of AnnMaria, developed as a tool for bringing underperforming students up to grade level in mathematics. It is a product she first conceived as a Ph.D. candidate at the University of California -Riverside in the 1980s, only the technology did not exist. Three decades later, she is fulfilling that dream.

AnnMaria has a proven track record in founding successful businesses. 7 Generation Games is her fourth company and a spin-off of her consulting firm, The Julia Group. She was previously the president of R&R Consulting and Vice President of Spirit Lake Consulting, Inc. and is also currently CEO of the Julia Group. Both the Julia Group and Spirit Lake Consulting went on to generate over $1 million in contracts. She has authored grants that have received tens of millions of dollars in funding, including more than $30 million for Native American programs.

She has extensive experience in programming and development. AnnMaria is one of 7 Generation Games’ full-time developers. She has created software that spans the scope of everything from big data analytical tools to a virtual library for Native American communities to educational video games.

AnnMaria has worked as a statistical consultant for more than 20 years, working at both corporate (Amgen and the MEDSTAT Group) and academic (University of Southern California, UCR and Cankdeska Cikana Community College) institutions as well as a small business owner.

Further illustrative of her record of professional excellence, AnnMaria has been the Principal Investigator of  five Phase I grants, all of which have progressed to Phase II, providing a total of over $3 million in funding for Small Business Innovation Research.

She has been a professor at University of California – Riverside, Minot State University, University of Jamestown, Pepperdine University, Loyola Marymount University and National University. She has written dozens of articles published in scientific and academic journals, authored multiple chapters in books and is a much-sought after speaker on the numerous subjects, including education technology, software development, SAS, special education, online learning, statistical analysis and minority education.

AnnMaria is actively involved in giving back to her community – from chairing the board of a medical non-profit to running an after-school judo program at Samuel Gompers Middle School in South Los Angeles. In 1984, AnnMaria became the first American to win the World Judo Championships.

The mother of four daughters, AnnMaria resides in Santa Monica, Calif., with her husband aka The Invisible Developer.