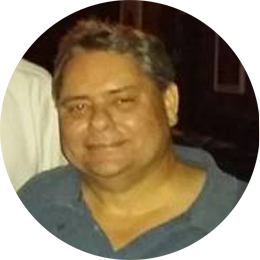 Dennis joined Hughes Aircraft Company in 1981 to pursue his growing interest in developing software. He acquired an engineering position there and continued after the division was acquired by the Raytheon Company. He retired from Raytheon at the end of 2011.

Dennis is currently developing software for 7 Generation Games. He mainly does work with the Unity Game Engine and scripting in C#. He also develops some software in JavaScript and PHP.

Dennis De Mars is not and never has been a rocket scientist. (The rest of his life is redacted.)