In March 2018, 7 Generation Games announced its expansion into the Caribbean market with regional operations to be based in Trinidad and Tobago. 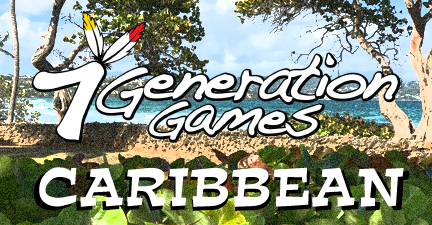 7 Generation Games develops educational video games that teach math  – combining history and elements of language arts – in adventure and simulation game formats. Games can be culturally customized with historical and narrative content adapted to reflect to local communities. 7 Generation Games is currently taking steps to create a game culturally specifically for the Caribbean market and aligned with the Trinidad and Tobago Ministry of Education’s SEA exams. This effort is in addition to 7 Generation Games existing games (available now) that cover math concepts for students ages 8-14. Existing games have been shown to raise student math scores up to 30% in 10 weeks.

As part of its expansion efforts in Trinidad and Tobago, 7 Generation Games is continuing our discussions with the Ministry of Education as well as with other Ministries and strategic partners.

7 Generation Games will be returning to Trinidad on April 28 for the international launch of our “Strong Body, Strong Mind” campaign at Ruff-N-Tuff MMA’s Caribbean International Championships as an exhibiting sponsor.