“There are very few multiple choice items. In their place are items that require everything from student input, to an explanation for scaffolding, to dragging and dropping. “ 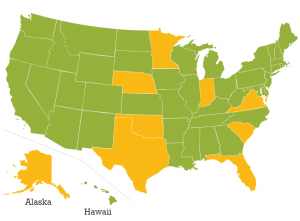 Our company game testers range in age from five years old (to determine appropriateness for the academically gifted) to early thirties. We also have a few educational experts: an elementary teacher, two middle score math teachers and three staff members with doctorates in education. All of them collectively helped align our games to Common Core State Standards (CCSS).

We spend a lot of time analyzing educational technology, adopting and expanding really good game and lesson design ideas, and learning what not to do from boring or confusing elements.

In the process, we’ve noticed that a lot of the same old technology has been re-labeled as “aligned with the Common Core State Standards.” Yet, when we look at these games, websites or other applications, they are exactly the same as they were several years ago, with just a new branding.

On the contrary, we’ve spent the last two months writing test items and math challenges that match up exactly to CCSS. More than that, our online pretests, quizzes and in-game challenges are strikingly similar in format to the types of items students will be expected to answer. They ARE different. Students are expected to drag and drop numbers to the correct point on a number line, move objects around to illustrate how many widgets will fit in a box and other different types of problems than the typical multiple choice.

Responding to Areas of Need

We started the push to align with CCSS online standardized testing over a year ago. We became even more convinced of its necessity when we saw the drastic decline in test scores with the new standards. Given the lack of access to current technology in many reservation schools and communities, we can almost guarantee the same precipitous drop will happen when the students we primarily serve begin taking tests online – UNLESS they get some preparation in this type of testing first.

Despite the fact that many of the schools still use Windows XP and versions of Internet Explorer that are limited, I made the decision to develop tests exactly to match the types of items students will be given on the computerized assessment of CCSS. If you look at our tests from two years ago and today, they difference is immediately obvious. There are very few multiple choice items. In their place are items that require everything from student input, to an explanation for scaffolding, to dragging and dropping.

Our current games are aimed at fourth- and fifth-graders. We do have one question on probability in Spirit Lake: The Game, but that will be replaced this year. As much as it pained me not to include Statistics (I specialized in applied statistics in my doctoral program and have been a statistician or statistical programmer for much of my career), the fact is that statistics are not part of the Common Core Standards until sixth grade, and so that material had to be put off until next year when we are developing games for sixth graders.