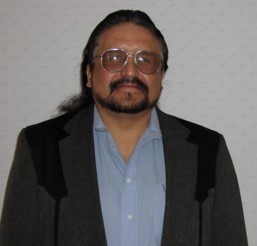 My name is Dr. Erich Longie. I  was born and raised on the Spirit Lake Nation of which I am a member. I still reside on Spirit Lake because like most Indians my age, living someplace else is not an option. The Rez is my home, it’s where my family lives, it’s where my parents and their parents were born, it is the only place my Spirit will be comfortable with, among other Indians who think and live just like me.  And, it is where I will live till I journey to the Spirit World.

I first met AnnMaria back in 1991 when I was the newly appointed academic dean at our tribal college. She had come with a group of faculty from Minot State University. She ended up being appointed by the president of MSU to be the liaison between MSU and our tribal college.

That started a friendship that is now going on its 23rd year. During those more than two decades,  Ann worked as a grant writer for the college where she brought in more than $30 million of grants. In addition, she wrote two self-studies for the college and the college was granted membership status in NCA and two- and five-year accreditation statuses. After I left the college in 2000, Ann and I went into business together and we developed a dozen courses on how to work with minorities with disabilities.  We also collaborated on The Tribal Leadership Institute, which is comprised of five workshops on how to incorporate Dakota Traditional Values into the tribal workplace/force.

I am now the cultural consultant for 7 Generation Games, which is owned AnnMaria. Ann hired me for this position not only because we are long-time friends and business partners, but for my knowledge of our Dakota history and culture. I oversee every aspect of the cultural content of our game, and I am a stickler for making sure the content is historically and culturally accurate.

It has come to my attention that there are trolls out there who are criticizing the cultural content of our game. Now if these criticisms are coming from tribal members who have the same extensive knowledge of our history and culture that I have, then I will gladly listen to what that person has to say. However, it appears that the trolls are not members of any tribe, much less belonging to the Spirit Lake Dakota tribe.

In closing, I will be happy to discuss any aspect of our game as to its accuracy and whether or not my long-time friend and business partner, AnnMaria, is exploiting us for her own profit. I can be reached at ericstev@spiritlakeconsulting.com.