Skip to content
Home » Blogs » 7GenGames » Accelerators, Part 3: What Do You Want Us to Say? 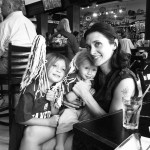 Like this series of blog posts, good things come in threes.

In the final installment of my accelerator application trilogy — because trilogies are very de rigueur — I will tackle some of what we at 7 Generation Games have deemed largely to be pointless accelerator questions. I intentionally say tackle as opposed to answer, because I’m not really sure I have the answers.

Here’s a tip, when applying for an accelerator, save your answers in a Word doc.

This isn’t just because god-forbid you get timed out or your computer crashes mid-sentence and you realized you hadn’t saved for the last hour and suddenly you find yourself experiencing that combination of near agony and swearing. I mean, that’s one reason to “Word doc it.” (If that’s not a term yet, I call responsibility for inventing it.) But the real reason is because after you’ve applied to an accelerator or two, you’ll find that you pretty much have applied to them all.

Some of the questions make sense: What is your company doing? Why did you pick this idea? What is your experience in this field? Those are legitimate questions. They want to know obviously what you actually do, what qualifications/understanding you possess in that field and if you have the actually ability to do what you’re suggesting.

There are also usually a couple of questions that ask how you’ve validated this idea — which is a valid point, because as it turns out a lot of people, especially in ed tech, haven’t validated the ideas they’re pitching. We once found this slightly mind blowing, but are finding it less shocking (although not less stupid) the more we see it.

Those questions we get. We understand the questions about product, experience and expertise. Totally relevant.

We talked a bit about the “tell us about your team” in my last blog.

Then there are the questions that I think I am very diplomatically categorizing as “perplexing.” (That’s sounds better than somewhat stupid, right?) And again, this is to point out that these are not from any single accelerator application, but one’s we’ve encountered so many times that we just copy and paste.

And by perplexing, that doesn’t mean I don’t understand some of the rationale behind asking them.

For example, here is a question that I have come across verbatim in several applications.

Please tell us about an interesting project, preferably outside of class or work, that two or more of you created together. Include URLs if possible.

These are our office guinea pigs. However, our efforts to teach them to sing in Albanian have so far been unsuccessful.

If I were forced to psychoanalyze the questions, I would be able to say, “Right, so they’re asking this question to see how we work collaboratively as a team. I kind of get that.” But then I would add, “But the reality is I am really skeptical of the fact that we co-wrote and produced a pop-techno album — sung in Albanian by guinea pigs we trained in vocal performance — that  reached No. 96 on the Japanese charts in 2003 has any bearing on our ability to succeed in launching an educational technology company.” Of course, another psychoanalyst might come in and say, “Ahem, but that shows you have an excellent capacity to work together as a team, even under trying circumstances and succeed.” But, alas, my entire answer there was just made up.

Which left me inevitably searching for an actual answer. I eventually came up with something honest about a very random book project we worked on years ago – in part as a way to experiment with the Kindle store – and how it showed both AnnMaria and myself that we didn’t have any interest in self-publishing and that for any future books we would go through a publisher (which we have).

However, this is what I really wanted to put as far as our “joint non-work venture”:

We put together an amazing IKEA bookshelf. Working together it took us less than an hour – we are that efficient and in-synch as a team. This URL will show you want the bookshelf looks like: http://www.ikea.com/us/en/catalog/products/10196431/#/50103086

Or my second response would be…

This is our first joint project working together on. If it wasn’t, then we already be super successful from our first project and wouldn’t need to apply for your thing because we’d be rich enough off of that first one.

Here’s another one of my favorite stock questions:

Please tell us something surprising or amusing that one of you has discovered. (The answer need not be related to your project.)

Now, on the recurring applications, this is generally the last question of them all, somewhat randomly tacked on there at the end. You always want to leave them wanting more, so this is not a question that we take lightly (even if we don’t take it completely seriously). This one took a bit of back-and-forth between me and AnnMaria, until we settled on our final answer. And while I know the folks at these accelerators have going through thousands of applications over the years, I like to think we are the first company ever to quote from “Porcupines: The Animal Answer Guide.”

He’s faster than he looks – unless he’s dead.

According to “Porcupines: The Animal Answer Guide,” “[The] North American porcupine is putting forth maximum effort when running about 2 mph.” We have discovered this is NOT true, and that if you fire a shotgun in their general direction, porcupines have the ability to run incredibly fast – we estimate upwards of 20 miles per hour. (We are not endorsing shooting porcupines. However, if you are living in a 20-acre farm in the middle of North Dakota, happen to have a dog that keeps getting attacked by a porcupine and you give the dead porcupine to your Native American friend to use its quills in making a powwow dress, we certainly won’t judge you.)

There’s, of course, more to that story. Among other things, it also involves a woman in a red dress holding a revolver and a late-night off-road 4×4 chase, but we’ll save that for when we get to the interview stage.

Have you run your idea by someone involved with [your field]? If so, who was it and what did they say? (We are looking for a reference. The more prominent the individual, the better. Please quote the individual where possible.)

The final answer I submitted included a more polite version of the answer that I wanted to give, which was, “We have been busy developing our games, testing out game, iterating our game to improve it based on school feedback, getting out games into schools and doing all of the actually unglamorous, but incredibly important things you need to do to get a product built. We’ve talked to dozens of teachers and educators who have all had incredibly positive feedback on our game. However, while they are the kind of change-the-world-from-their-classroom type of teachers who are doing amazing jobs on a daily basis, they’re probably not what you would consider to be ‘prominent’ people within our industry. That said, I am sure — if given the chance to review 7 Generation Games’ work — both President Obama and Pope Francis would call our games, ‘The future of education’ and ‘Unbelievably amazing innovative use of technology.’ Keep in mind, Obama literally appoints the Secretary of Education. And, as you know, Pope Francis is the first pope to appear in a selfie, so he should definitely be considered a leader in the tech movement. Again – we don’t have those endorsements yet – but once they come through, we’ll have that whole ‘prominent’ part covered. ”

Moreover, speaking of Obamas, I asked AnnMaria to see if she could get an endorsement from Michelle Obama when on the Let’s Move conference call, but I’m not sure if FLOTUS wasn’t on the call or for whatever reason that didn’t happen.

And then there’s this question – the latter part of which leads me to recall something that we teach people to avoid using in journalism school, leading questions.

Who are your competitors and who might become competitors? Who do you fear the most?

Fair enough on the listing your competitors part. It’s important you understand your market and know who else is out there. I’m happy to list them. But my answer to the second part of that question begins like this, “We fear no one.”

Oh, and for anyone who is wondering if we think we’re hurting our chances by publishing a series of blogs looking perhaps a little bit critically at this process, I say to you this, there is a Y-Combinator company that is running a Crowdtilt at the moment with the aim of raising money to bring women from NYC to date men in San Francisco. We’re an educational technology company that created a game to meet the needs of students in underserved communities and that has a demonstrated record of improving student math scores by 300 percent in less than two months. Let me lay down my gauntlet to accelerators: You can invest in the future solely by bringing together people who can’t find someone within 3,000 miles willing to date them or you can also help us revolutionize education through an interactive game experience that has a demonstrated record of improving student math comprehension (which can tie into a whole bunch of other things like increasing the likelihood of them graduating from high school, improved self esteem, making them less likely to engage in at-risk behaviors, etc.) Your call.

Our applications are awaiting your review.

One thought on “Accelerators, Part 3: What Do You Want Us to Say?”