Skip to content
Home » Blogs » AnnMaria » Ethics: Where is YOUR line?

When I was in college, the point of business ethics was to feel superior to other people. Sometimes, I felt superior by dismissing older relatives who thought being expected to buy lunches for clients was extortion as ‘not understanding how businesses work’. Other times, I was contemptuous of companies that faked data, lobbied Congress to approve products that were unsafe or polluted the environment.

Now that I own a business, and we have taken people’s money as investments, I ask myself where do the ethics come in? Our founding team had a serious discussion about who we would take as investors and under what conditions. If we knew someone was a pedophile and they offered to come in and take up our whole fund-raising round would we take their money? The answer is, “No”.

Plenty of people could argue with me about that. If we closed our doors, people would lose their jobs, an opportunity for people to learn math and English would be lost, our children would have less useless junk bought at the mall, we will never get that private island, young women will not grow up with an image of successful women entrepreneurs.

The arguments people make for taking money under any conditions are not all completely self-serving. If we close the doors, people WILL lose their jobs. (Don’t worry. We are not in danger of closing our days any time in the foreseeable future.) The reason we started with the pedophile question is that if you won’t draw the line there, especially if you are a company that sells to schools and parents, you probably won’t draw the line anywhere. The first point to make then, is that there IS a line. After you agree on that, you can decide where to draw it. 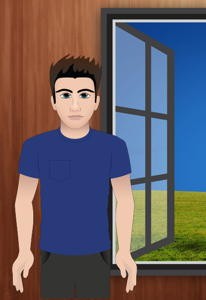 I have a lot more to say about this, but I also have a 9 am meeting. So, later player dudes. (That’s from Forgotten Trail – it will all be clear when you see the beta.)

4 thoughts on “Ethics: Where is YOUR line?”