Skip to content
Home » Blogs » 7GenGames » Happy Birthday to Us 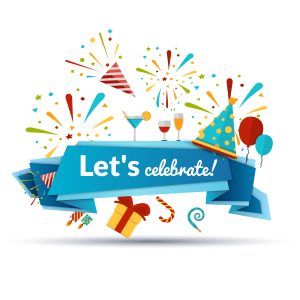 It has been a year and three days since we formed 7 Generation Games as a partnership. We should be incorporated in the state of California very shortly. All of our spare time – as well as the time we haven’t been able to spare – has been devoted to developing the game and promoting it.

I gave my first pitch to the Tech Coast Angels online and then followed up with a pitch at their Orange County event. They were not as impressed as I would have liked – not that I blame them. We did not yet have a product and I share their skepticism about people who have an idea and nothing else. Most of those people never progress past that stage.

We received $100,000 – well actually $99,000+ from the U.S. Department of Agriculture in June — the Small Business Innovation Award. We had our prototype done by October, and revised and expanded it twice by December. Lots of things didn’t work as well as we liked and there were more all-nighters than we would have liked. BUT — the kids loved the game, the teachers and administrators were very supportive. On top of it all, the kids who played our game out-performed the control group.

In February, we submitted two more Small Business Innovation Research proposals, one in collaboration with EDC, Inc. in Massachusetts, and a Phase II USDA proposal. We currently have $600,000 in proposals under review and are anxiously waiting to hear over the next few months. Also in February, we ran a successful Kickstarter campaign. According to the statistics on their site, less than 4% of campaigns raise over $20,000.

One of the complaints we saw about Kickstarter was people getting the awards out late. We got the game beta out one day late – April 1st instead of in March. We got the posters out on time and most of the signed photos out in April – a few went out as much as a week late.

We have a lot of pieces done for the second game – the math challenges, some of the videos that Danny Ochoa did for these I just love – but we set this month aside to improve the first game. The biggest problem, I thought, was the way the quizzes were done and I’ve already improved that greatly, but there.

Right now, I’m working on an introductory level and more side quests for the game. It’s going frustratingly slow. I decided to use the impact.js game engine and although I think it is one of those decisions, like using Unity for the 3D, that we will be happy with in the end, the last few weeks’ progress has been moving along with glacial speed.

Part of the bottleneck has been that we still need to do other consulting work to pay our bills. The Kickstarter money has been invaluable in allowing us to pay artists, pay cultural consultants, pay an intern to document the system on our internal wiki (much of which will be in the eventual on-line docs and FAQ) and purchase the Unity 3D Pro software. However, we still plan to continue development whether we get the SBIR awards or not and we are putting off taking angel investment funds as long as possible – in fact, we may well skip that altogether.

We have a prototype. We have shipped a beta. The next step is to generate significant revenue. That’s our goal before our second year in business.

Happy Birthday to Us.