You might think teaching at a tribal college wouldn’t prepare you for running a start-up. You’d be wrong.

No? Me, neither. No one can. Some angel investors have wanted to see that before they were willing to invest. (Not OUR investors – we love you guys!) That’s a whole different post I’ll write soon. 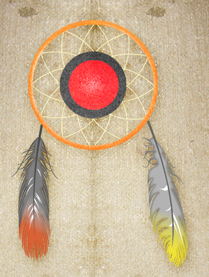 On the other hand, we were able to make a million dollars worth of games for about $500,000 and that ability I attribute in part to my experience working seven years at Little Hoop Community College, then renamed to Cankdeska Cikana Community College on the Spirit Lake Dakota Nation.

Three things in particular that I learned at CCCC have helped me immensely.

The challenge for tribal colleges is to bring students from the eighth grade level  to that of a junior in college – a six-year jump. They are expected to do that within two years, three at the most – and they do it!

One of the first things I learned working at a tribal college is that a dedicated group of people can accomplish seemingly impossible things. Back in 2001*, Dr. Erich Longie and I published research showing the typical student entered the tribal college after dropping out in the 11th grade and was performing in mathematics and language at the eighth or ninth grade level. (Don’t take this to mean there were not brilliant students or students that came in at college level, but they were not the typical student and I’d be lying to say differently.)

In my experience, most students took 3-4 years to finish their Associate’s degree. I taught upper division courses for Minot State University on the tribal college campus, so I had students after they had finished their community college courses, and I can tell you that they were equivalent to the college juniors and seniors I taught at state and private universities elsewhere.

So, after seven years of seeing dedicated people make six years of educational gains in 3 years, with students who had not been progressing at grade level before, I thought, sure, I can make games for half of what it would normally cost to produce something with graphics, animation, game play, sound effects AND educational content.

Getting people who are better than you can afford takes creativity

Cankdeska Cikana wanted a professor from the state university to come to the reservation rather than have a dozen students make the 200-mile round-trip to Minot. Did I mention they didn’t have the budget for hotels or mileage for that professor? When they presented the request, our department chair said, “Why would anyone agree to that?” However, my husband was a manager at the manufacturing plant on the reservation and only came home on weekends. This meant we could spend an extra night a week together as a family. I jumped at the chance.

Similarly, we have terrific software developers, animators and sound engineers who are finishing up their degrees. We work around class schedules, allow telecommuting days so someone can stay with a fiancee in another county, etc. We recruit at Santa Monica City College, East Los Angeles College, from Sabio. We can’t afford Stanford Ph.D. salaries but we know there are some really talented people who are on their second career or just getting started in game development. We try to snatch them up and support them so they stick around.

Don’t wait to be perfect to start!

The college has some beautiful buildings now, but when I was there 27 years ago, the only classrooms were in an old elementary school. We got our first computer labs while I was there. We didn’t have enough of anything – computers, student scholarships, tutors. We worked until we raised money to hire more staff, fix the leaky roof, build additional buildings, buy more library books and a hundred other things. Yes, the campus now puts our old campus to shame- but if we had waited until we had all of the embellishments, the 200 students who graduated during those years would have still been waiting.

We did the same with our games. The first prototype was buggy. The beta version wasn’t beautiful but it worked and taught kids math. Now we’re at Spirit Lake:The Game 2.0 and it is beautiful. Fish Lake is out on Steam . If we had waited, though, the nearly 6,000 kids who were playing our games as of last month wouldn’t be getting the benefits.

Feel free to check out our games here: