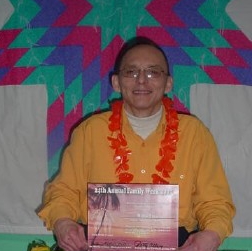 The Metis people are a mix of indigenous and European ancestry, and growing up in two cultures is never easy. When I was a young person, the native side emphasized developing leadership abilities, learning the culture and understanding the environment. The white side was all about getting formal education.

My personal history is a small reflection of Native American education for most of the last century. In the boarding schools, similarly, students learned the three Rs in school and never heard about their culture and history until they returned home. There was no place for teaching about the clans or the Ojibwe migration.

The result of this separation of culture and education has had an overwhelmingly negative impact on every conceivable student outcome – graduation rates, academic achievement, self-esteem.

Combining Native American history and culture with educational technology is an innovative tactic in education of tribal youth.

Ojibwe culture is a perfect example of where video games imitate life.  Enormously popular games such as World of Warcraft have players select an avatar with certain powers and characteristics.  Centuries before WoW, the Ojibwe had the bear clan, the deer clan, the marten clan. Epic games have a story line in which players overcome great obstacles to secure a better future for their people, often traversing great distances in the process. A thousand years ago, with no technology, not even horses had yet been brought to America, the Ojibwe people walked half-way across the continent.

In Fish Lake, Ojibwe history and culture is taught in the context of a 3-D virtual world. Real life math problems challenge players to compute whether the fishing really is getting worse or where is the fairest place for hunters from two camps to meet.

In Forgotten Trail, two modern-day descendants, re-trace the steps of their Ojibwe ancestors to prove that they are more than just ordinary small-town kids. Sam and Angie are out to prove that their future is determined by their own abilities and NOT by other people’s expectations.

One thought on “My Personal View of the Forgotten Trail”