Skip to content
Home » Podcast » There Are No Victims, Only Volunteers

Jonathan Shaw originally became known for his tattoos on some of the most famous people in the world. Born into a show business family - his father was Big Band Leader Artie Shaw, his mother, the actress Doris Dowling - his early life will almost certainly insure that you appreciate your own normal family, even if they aren't rich and famous. After years of alcoholism and general craziness (you can read about it in his book, Scab Vendor, available in June), Jonathan gave up drinking, but it can hardly be said he settled down. Now a prolific author, world traveler and subject of an upcoming documentary on his life, he is definitely More Than Ordinary. Listen to him. He'll make you smarter. 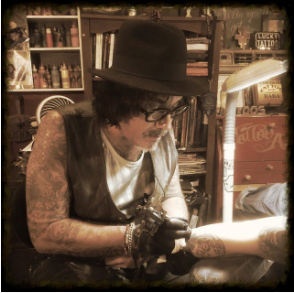 2 thoughts on “There Are No Victims, Only Volunteers”