We’ve never had a formal investor meeting at 7 Generation Games, but we got lucky today with two of our investors dropping in at the same time to give us advice. Tom was in town from the Midwest to enlighten Maria and me on the new Sales Statistics and Marketing Strategies we were going to implement to maximise profits. Ronda just happened to be in the neighborhood and dropped in. Since that was the CEO, President and two of our investors, it’s the closest we’ve come in our four years of existence to an investors’ meeting. 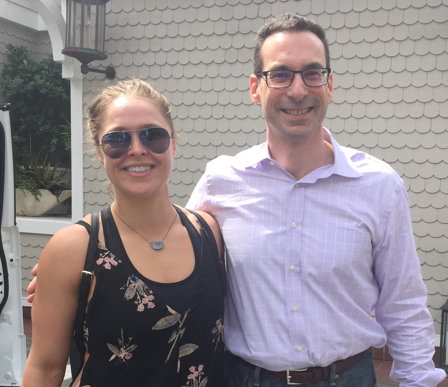 I couldn’t get a picture of all four of us together because we were holding up the line at the valet but here are Ronda and Tom.

So, what did we discuss? Mostly, my need for a clone. I’m doing coding on the latest game, Aztech, revising an article on results of our prior grant, Dakota Math, for an academic journal, writing the final report for the Phase I grant on another project, Crossroads, traveling around the country to meet with schools to do demonstrations of our games, speaking at two conferences this week. Oh, and we are having meetings about a reality show on our company. Ronda had given us some really good ideas for game improvements the last time we met, and we still haven’t included nearly all of those because – see previous list. At any given time, I have over 1,000 unread email messages – and that is with knocking out hundreds a day.

Several times, I sighed and said,

I need a clone.

You know, don’t you, that if you did have a clone, that other you would just go out and found another company.

Yeah, and that clone would say, “I’m not working for me. I can found my own company! I’ll show you, other-me. I’ll go out and found 8 Generation Games and be even more successful than you. Don’t tell me I can’t!”

Sigh. See what I have to put up with? Actually the meetings the last two days were extremely productive. Some of you may be getting letters from me in the next few days asking for invitations to your schools/ districts to do a game demo.I’ll be in North Dakota the second week in May and Iowa the third week. In mid-April, I’ll be in Palm Springs. If you are anywhere around, I would purely LOVE to come to your school or after-school program and show you our games. Your kids can play them. I can talk to your staff. Holler. annmaria.demars@7generationgames.com

We will be hiring a full-time, entry-level sales person to help me with sales, and another software development intern to help with coding. I guess that’s the next best thing to a clone.  Job announcements should be up in the next day or so.

Buy our games. Learn multiplication, division and fractions. Try not to die. 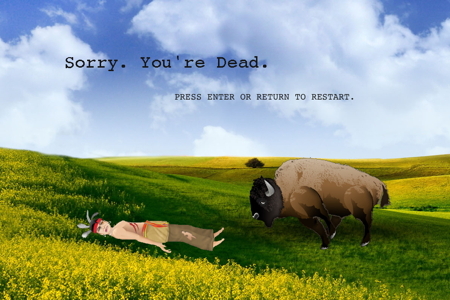 2 thoughts on “Sales, Marketing and Mini-Investor Meeting: Hire a clone”