Last week, I had the honor of attending the Small Business Administration’s Hispanic-American Entrepreneurship Summit in Washington, D.C. 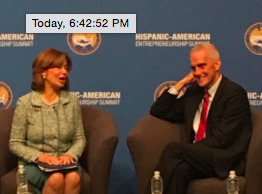 Organized by SBA Administrator Maria Contreras-Sweet and her office, the day-long Summit featured speakers at the highest levels in government, with the U.S. Secretaries of Commerce, Labor, Education, Agriculture and the Interior as well as the White House Chief of Staff, Chairman of the Council of Economic Advisors and U.S. Trade Representative on hand to discuss the important role Latinos play in American business.The event brought together some 150 invited business leaders from across the country and various industries.

The conversations were really engaging, but what I found to be the biggest takeaway from the event how much it reinforced what I believe every day when I go to work at 7 Generation Games. 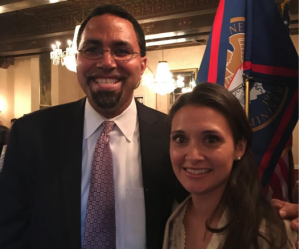 One of the many highlights of the Summit was meeting Secretary of Education John King and telling him about our games.

Want to help us become a big company? Buy our games!