Skip to content
Home » Blogs » 7GenGames » Thank You to All Our Veterans, and the Native Men and Women Who Served 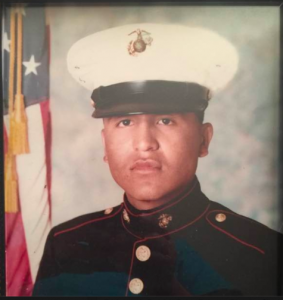 This Veterans Day, we at 7 Generation Games, especially want to thank Dr. Erich Longie for his service.

On Veterans Day, our country recognizes the work and sacrifice of those who have served in the armed forces. At 7 Generation Games, we offer our sincere respect to all who have served. It also seemed a fitting time to raise awareness of the role American Indians have played in the history of our nation’s military. Unfortunately, it is not as well known as it should be. We’re doing our part at 7 Generation Games to change that! Learn more about the brave Native men and women who served and continue to serve our country.

Native Americans have been a part of the US military for over 200 years. From the Revolutionary War until today, tribal members from across the country have fought for our nation. They have received accolades for valor in battle from Purple Hearts to Bronze Star medals to the Congressional Medal of Honor. There are 140,000 living American Indian veterans today.

US tribal members have served our country in greater number per capita than any other ethnic group, and it’s been that way since the Revolution!

Her Story in History

In all, 11.5% of Native veterans are women. Perhaps, the first documented account is of Tyonajanegen who was married to a U.S. Army officer and fought at her husband’s side during the Revolutionary War. During WWII, American Indian women were a part of the Army Nurse Corps, the Army Nurse Corps and as WAVES, ‘Women Accepted for Volunteer Emergency Service.

During both WWI and WWII, the Navajo code talkers played a critical role. It all started with the Choctaw in WWI. The Germans kept deciphering the US military codes and in turn ended up turning to American Indians for help. The Germans were never able to crack the Choctaw codes. Then, during WWII an engineer named Philip Johnston presented the idea of having Navajos as code talkers to the U.S. Marine Corps and they agreed. The code talkers were responsible for communicating troop movements, orders and other battlefield information over the phone and radios. Despite the crucial role code talkers played during both wars, it wasn’t until 2008 that code talkers were posthumously granted Congressional Gold Medals for their dedication and contribution to our country.

Thank you for your service!

American Indians and Alaska Native men and women continue to play a big role in our military. Approximately 31,000 are on active duty around the globe, including in Iraq and Afghanistan.

At 7 Generation Games, we would especially like to show our appreciation and respect this Veterans Day to our lead cultural consultant Dr. Erich Longie, who has been an integral part of the work we are doing since before our company even existed and who served in the U.S. Marine Corps.