Skip to content
Home » Blogs » Education: Innovation and STEM » The EdTech Problem No one Talks About

Interacting with experts in educational technology, I sometimes wonder if they inhabit a different world from me. In this world, installing software is not an issue, Internet speed is no problem and every child has a computer or iPad. I hope I get to visit there some day.

I spent two afternoons this week at an excellent after-school program in a low-income community. The staff are hard-working and have a genuine interest in providing an environment for children that offers opportunities to develop socially and academically. The club leaders, site coordinator and regional manager all have respect for one another and are committed to working together. The kids, as elementary school kids everywhere, were energetic and adorable.

What’s the problem? Unlike 1-to-1 device world which seems to exist on Twitter, the problem is money. They don’t have enough money for either computers or staff.

The days I visited, there were 21 children in the Computer Club. This is out of over 100 children in the program, because there are only 20 computers that  “work” and I’m stretching the definition of the word “work” here. 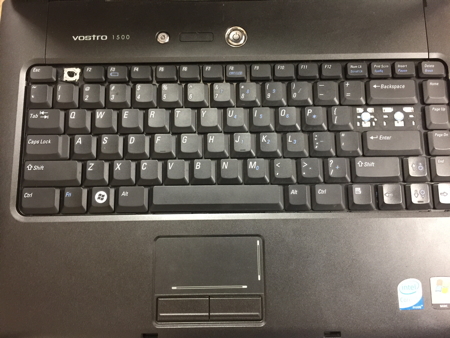 The club leaders, who are mostly college students, work from 2-6 pm. The students get out of class and arrive at the program around 2:30 (it’s right on the school campus). They all get a snack, then go to their various clubs where they first do homework for half an hour or so and then have a little over an hour to be on the computers, play soccer, dance or whatever the activity selected. Then, parents come to take them home.

The key point here is that the staff member has at most 30 pupil-free minutes to get out any equipment, make copies, answer questions from parents, drink water or ANYTHING.

I arrived the first day at the same time as the children, thinking I would be installing our games- however, the children wanted to use the computers because – duh, computer club. So, I gave them my laptop and took two computers. While all of the kids played Making Camp, on line (except the lucky kid who got to play Spirit Lake on my laptop), I started installing on two computers at a time. Each time I would get the games installed on one, I would switch it out for another computer.

Problem 1: These computers had not been updated in a long time. This has been my experience at every school I have visited. Unless you are super lucky and have a full-time IT staff person, you may never get around to updates – remember the 30 minutes a day? So, for each one, I waited while the innumerable Windows updates installed. Only then could I install each game. So, for every computer, it took about 5 minutes for the update to download and install.

Problem 2: Installing the games takes about 2-3 minutes each because the computers are really old and slow.

With an average of 10 minutes X 21 computers, that is 210 minutes or ALL of the pupil-free minutes for 7 days to get this installed. The other option is for the staff member to install on laptops while supervising 21 students who are constantly asking “What was that website?” “What should I put for username?” “What if I can’t remember my password?” This is a bad idea for many reasons. A major benefit of after school programs is providing attention to children from caring adults.

About 1/2 way through the first day, someone tripped over an extension cord, pulled the laptop off the table and broke the flash drive. So, I was down to installing on one computer at a time. 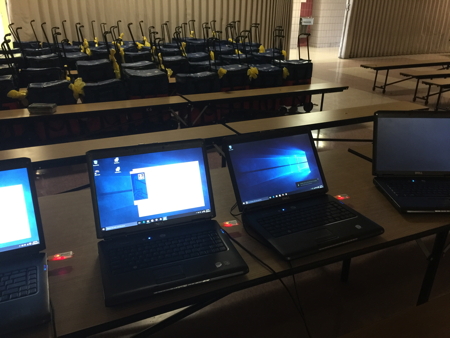 The second day, knowing the logistics, I came half an hour before the students arrived, at the same time as the staff, and brought four flash drives. The club leader was kind enough to have half the students play board games with him while half were on computers. This gave me the chance to install on four computers at once for a couple of hours. I did spend some of that time answering student questions on everything from “How do you find 877-278?” to “What happened to your hand?” Fortunately, having written a dissertation with three children in the house age 5 and under, I rule at multi-tasking.

Problem 3: The tiniest bits of maintenance hadn’t been done. This includes things like emptying the recycle bin and disabling the anti-virus software from reminding children every 10 minutes to update it. Don’t think that’s a problem? Then you haven’t been in a classroom where one child after another says “Miss, Miss, how do I close this?” This added another couple of minutes per computer.

Problem 4: Not all of the computers worked. Some just would not turn on or would turn off after a few minutes. None had batteries that would keep a charge so all had to be plugged in. The club meets in a gym so imagine the tangle of 21 computers snaking cords across the floor. Many of the computers were missing keys, which meant the students, in 3rd grade and up, had to either be able to touch type (ha!) or guess what the missing key was. Some of the track pads were so flaky as to be almost unusable. 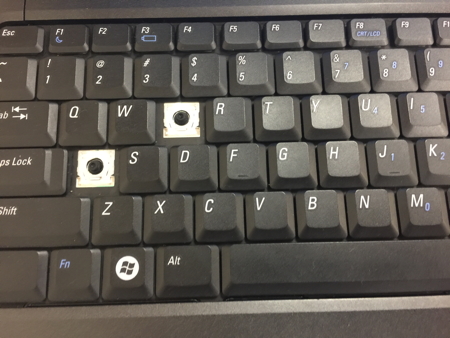 Another computer that “works”

At the end of the day, it was great! The students were all playing their games, they were engaged, they were learning – and I spotted two bugs that needed to be fixed, so I’m going to do that now. 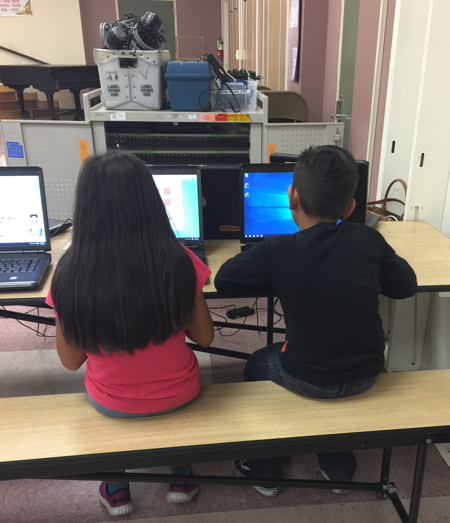 My point is that if someone from our company had not gone in and personally installed the software, this would never have gotten done. You might suggest this is a sign that we should make games that don’t need to be installed – we do and the children started with Making Camp – but that has its own set of issues in some schools that have limited wi-fi. Also, the games you can install are much more like, well, games. The type of games that can be played online with no install is somewhat limited.

My other point, and this makes me mad enough that I’m going to write another post about it, is when I talk with people who want to publish research on educational technology or fund innovations, these are never the kind of issues they want to discuss. They want to know about validated assessment, research design – all legitimate issues – but I think the bigger issue is challenges schools, teachers and after-school programs face in implementing educational technology because they DON’T HAVE ENOUGH MONEY. Yes, you can solve problems by throwing money at them if the problem is that you don’t have enough money.

Oh, did I mention this school is lucky because two of the schools who wanted to work with us have no computers. At one school the computers were stolen over the summer and the other school never had any.

We are able to give our games to schools like this one for free because of wonderful sponsors. You can sponsor a child for as low as $4.99 for one game or sponsor a whole school for all games for the year for $500.