Going through our archives, we came across this great post by Dr. AnnMaria De Mars from January 16, 2014 “Story Questions!“ that we wanted to share in case you missed it the first time around.

In the 20-day blogging challenge, the prompt for day seven was

“Share a classroom management tip. What is one thing you do that works?”

My initial thought was that I teach graduate school and if you are still having classroom management problems by then, either you or the student have a real issue. It happens, but rarely. Then it occurred to me – story questions!

If you’ve attended many college classes, conference presentations or business meetings, you’ve run into these people with the “question that is really intended to show how smart I am rather than to elicit any information”.  Let me give you an example,

“Well, doctor, that may be true in your academic area but as someone who has spent some time in the real world, I would have to ask if sums of squares would ever be useful in my field where I’m managing a team of highly trained sales people who travel the world convincing customers to use water purification systems that will make the world a better place and safer for our children because there will be lower infant mortality and therefore people will have fewer children and the over-population problem that contributes to unrest will be decreased.”

On the off chance that this may be one of those unlikely events where the story questioner actually wants to hear my answer, I will answer a question like this – once – and as briefly as possible. The false implication that I am not actually working “in the real world”, I ignore because I do not have infinite time to argue with people.

“Yes. There are a great many uses of Analysis of Variance, for example, to see if sales are higher in one country than another, to see if regions where your widget is sold really do have a lower rate of unrest, controlling for other factors. You’ve made a lot of statements about differences that occur, and policymakers might want to see some documentation that those claims can be supported.”

I will answer one question during a talk. If the story questioner follows up with a second, depending on the question, I respond:

Don’t let the story questioners monopolize your class or presentation. The other people came to hear you, or maybe to learn from their fellow students as a group, not to be lectured by Mr or Ms SQ. Hence, my rule of thumb – in an average class period, any individual student can take up the whole class time for a total of five minutes. In a 50-minute class period, that’s 10% of the class. Since some of class time is spent in groups or working on problems individually, that’s more than 10% of the whole group time. This point was brought home to me years ago when I was teaching an undergraduate course where the Empress of Story Questioners was enrolled. There was literally nothing that could be discussed that she did not have an experience to relate. It got to the point where one day my teaching assistant came to me after class and said,

“You know that woman who sits in the front row and tells all the stories disguised as questions? Well, me and the other three people who sit around her talked it over and if she’s not here next week, it’s because we all got together and killed her.” 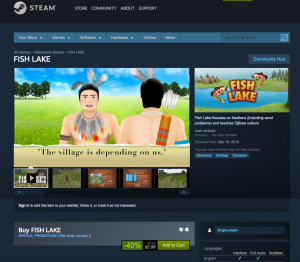