Skip to content
Home » Blogs » AnnMaria » Throwback Thursday: What do you get for a 972% increase in hotel cost?

Going through our archives, we came across this great post by Dr. AnnMaria De Mars from September 28, 2016 “What do you get for a 972% increase in hotel cost?” that we wanted to share in case you missed it the first time around.

I’ve decided on my new career after we get 7 Generation Games into the hands of millions of players. I’m going to take some time off and become a travel blogger. I’m not going to be your typical travel blogger though. You won’t be reading posts from me about backpacking because that involves sleeping in the dirt and not taking showers both of which, as The Invisible Developer frequently tells me, show great  lack of appreciation for our ancestors hard work in creating a civilization where we have houses and running water. 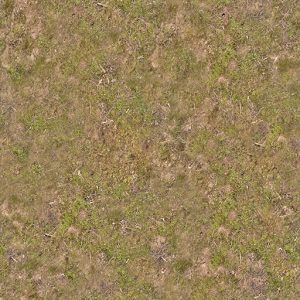 My bed is more comfortable than this

I’m also not going to be one of those people writing about exotic, fantastically expensive vacations all around the world. For one reason, those vacations generally entail 20 hours or more of flying, which is only considered a good time if you’re really, really into masochism.

Nope, Random Travel Blog is going to be just like this blog where I basically ramble on about whatever the hell I feel like that day. In practice for that, I thought today I would talk about what you got for a roughly 972% increase in hotel costs. Just randomly, I happen to have stayed in a lot of hotels lately that ranged in price from under $60 to nearly $600 a night. Those at both ends of the spectrum were less and more, respectively, than I would have chosen to pay but happened to be the only options available in the cities where I needed to be at the time. Having a lot of experience staying in hotels across the spectrum I got to thinking about what you get when you pay one-third as much as usual or 3 times as much and whether it is worth it. So, here are my random observations.

If a hotel is really expensive you can bet that the location has something to recommend it. It may be a beautiful place or in a place where you need to be to do business. I recently stayed in a hotel in San Jose and the area wasn’t particularly beautiful but it was close to where it needed to be early in the morning.

The inverse isn’t always true. For example, here is the view a few steps from the hotel I recently stayed at in Pierre, South Dakota. It was actually really beautiful. However, my guess is that Pierre is not a major travel destination. The hotel was very cheap.

If you are staying at a very expensive hotel they will have room service and the food will be good. Is that worth an extra 400 or $500? Also, of course, you’re paying $50 or $100 for the food on top of the hotel room cost. Well, since I like to work late and I eat food, being able to get room service late at night is worth something to me.

Interestingly, it’s the cheaper hotels that tend to offer free breakfast. Is that worth anything to you? It’s not worth much to me because I don’t usually get up early enough to eat breakfast and the cheaper the hotel is the worse the breakfast, so I often wouldn’t eat it even if I did get up early.

A really expensive hotel will have good service. People at the front desk won’t be rude. Your room will be clean. If you ask for anything within reason, whether it is to have someone bring you a toothbrush you forgot or extra peanuts for the minibar they will bring it to you, and pretty quickly too. Expensive hotels have good security. You won’t get robbed or sexually harassed.

Here’s a funny thing that I have found – the things that I want most are not correlated with price – except for the not getting robbed part.

For example, I want coffee in the morning. All the cheapest hotels where I have ever stayed had a coffee maker. Some of the really expensive hotels had really nice coffeemakers and really nice coffee and others did not because they expected you to use the restaurant or order coffee from room service. I find that very annoying.

Another thing that I personally need to have is good Internet access. Cheaper hotels tend to provide pre-free Internet access and it is often not terrible. Expensive hotels often charge for Internet access, I guess because they figure if you’re staying there you can afford an extra $15 or $25 a day to use the Internet. Whether it is free or paid, I’ve generally found that my personal hotspot on my phone is faster – and yes, that includes paying for the “premium” high-speed Internet in hotels.

So, am I saying that you should stay the cheapest hotel that you can find? No. Often, really cheap hotels are in really bad parts of town where you don’t want to hang out. Someone suggested to me that at our last meeting where we had to stay at a hotel that was very expensive it would have been cheaper if we got a rental car and drove into our meetings. I disagree with that, there were 2 of us who would have spent an extra 2 hours each in traffic every day. Often, whether it is flights with 3 stops or hotel rooms an hour from your destination these things are only good deals if your time has no value.

If you stay at a nicer hotel you are pretty much guaranteed good service where the cheaper ones you take your chance. This might be why you find older people more likely to stay at the higher end hotels because they need more assistance with bags or getting around the city. Also older people have more money.

Personally, I like to have a nice view and I don’t mind paying extra to have a view of the city or the Bay or whatever. Sometimes, though I’m getting in somewhere after midnight and have to be up before 9 AM to get to a meeting.  In that case, I may as well stay the cheapest hotel there is – and it’s pretty certain to have coffee.

In short, if you have spent every one of your vacations staying at the Hilton or the Marriott and you are wondering if you are really missing out not staying at some really high-end chic location, I think you can quit worrying.

Read about and buy our really great educational games HERE!