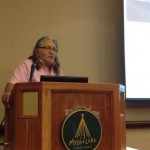 A few years back, our lead cultural consultant Erich Longie was talking about one of the biggest issues he saw when it came to kids on his reservation and math — the fact that they gave up too easily. His message that he wanted to convey to them was, “Just because they don’t get it the first time, doesn’t mean they won’t get it.” The key was to try again and keep trying.

Although perseverance is as essential to math improvement as an understanding of concepts, this post isn’t so much about persevering as it is accepting that sometimes you’ll get it wrong.

For example, we have a video that we’ve been working on for an upcoming game. And not all of the elements came together in the way we would have liked. So we tried to work around that and try something else. We put money (albeit a relatively small amount) into the workaround, and when we saw the partially finished version, we realized it just was not going to work. And it wasn’t any single person’s fault. The elements just simply didn’t come together. 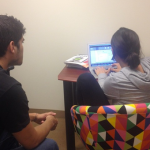 In short, we tried something, and it didn’t work. So we did what we hope kids do when they don’t get a problem right the first time or the second time or maybe even the third time in our games [Blatant plug: Buy our games!]. We took a minute, studied the problem and we’re trying again. Because we know that if we do that, eventually, we will get it right.