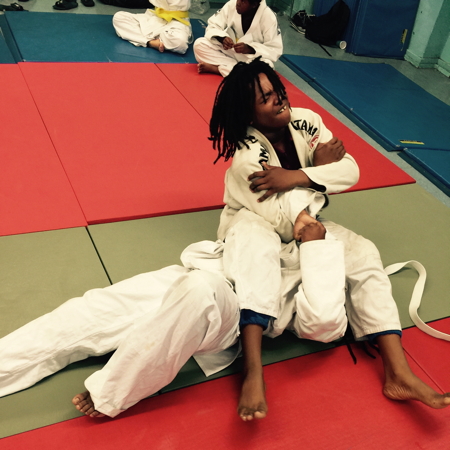 Along with running a game company, I teach, both judo and statistics. In neither my judo classes nor my courses in multivariate statistics, epidemiology or quantitative data analysis does anyone ever ask

“Isn’t there a way of doing this without effort? Could we possibly learn judo without doing any actual judo? Because, you see, I don’t like getting thrown to the ground, but I don’t mind running. Could we maybe just run instead of throw people and I could learn judo that way?”

No one in my biostatistics course ever says,

“Hey, Dr. De Mars, do you think that I could learn to understand population attributable fraction by watching this movie on the 1918 flu pandemic, because the movie really interests me, but I’d like to learn biostatistics without all those actual numbers.”

They don’t say those things because they are stupid things to say and I am very fortunate in that I seldom teach stupid people. There is nothing wrong with studying history, art, dance or whatever floats your boat. In fact, the movie, “We heard the bells” on the 1918 influenza pandemic is a great introduction to epidemiology.

However, you are not going to learn epidemiology from a film class nor calculus from art. There are certainly applications of math to just about any field, but the idea that you are going to learn math without doing math is plain nonsense. Stop it!

I wrote about this over a year ago in a post “Professor Wogglebug’s Math Class” and it irritates me just as much today. There is not a magic pill that will make you smarter, better at anything without effort.

Those people will protest that they ARE willing to put out effort, but just not at, well, you know, actual math.

I’m working on a lesson for sixth-graders that teaches how to find the median. It starts with an example in the game of where the median might help you make your pyramids faster than the overseer on the next giant pyramid block, and hence save your neck.

If you get it wrong, you will get routed to  a page where you could choose to learn an easy way to find the median when you only have a few numbers. This will not, in itself, allow you to solve the problem, but it will help your understanding of the median. You can also choose to learn about percentages, because maybe you have no clue what the video is talking about. You can also pick to learn about cumulative percentages. Your fourth choice will be an example of finding the median in a table of 40 numbers. At any point, you can choose to go back to try the problem again.

What we expect the students to do IS harder than the average Common Core worksheet of  “find the number in the middle of these 11 numbers”. To be fair, this was the kind of trivia students were doing before Common Core as well. WHY were they doing it? No one ever asked.

Yes, our games are going to push students harder to learn math at a deeper level than just memorizing some formula. Why? Because they are capable of doing more and it is not that hard, it is just that many students have gotten used to thinking that not working very hard is acceptable – and it is not.

Speaking of judo again, seven years ago, I was talking to Jim Pedro, Sr. , one of the best judo coaches in the world (also, I wrote a book on matwork with him.)  I asked him why I thought other countries were more successful in judo than us and he said,

“You always ask me that about people and I tell you they train harder and you don’t want to accept it. That’s what it is.”

The same could be said of math. Work harder. It is a LOT of work to teach math well, and that is why we are making games to help teachers do it. Our games contain actual numbers. Deal with it.