Have you ever tried a bike-sharing app? Maybe if you live out in the country, it’s not a thing,  but here in Santa Monica, you can’t go far without seeing the lime green bicycles from our local bike sharing company.

The idea is simple. Get an app on your phone, find the bike closest to you, reserve it, pick it up and away you go. You can drop it off at the same spot or, you can lock it up at another of the company’s bike racks and walk home or get a different bike later. 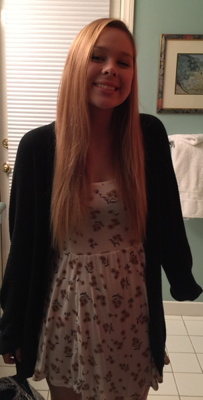 Julia – not a biking fan

That’s the theory. The experience is a whole different matter. I signed up when my daughter, Julia, was home from college for the summer. She hadn’t ridden a bike in years and wanted to go biking. My bike had been stolen a couple of years ago while I was out of town. (I travel so much, almost all of my stories at some point include the line, “I was out of town.”) We saw there was a bike rack 4 blocks away.

The experience of getting the bikes is a huge pain in the ass. You’d think you enter the PIN number that you got when you reserve the bike but that doesn’t work. First, you have to enter your account number – which I did not realize so I had to look it up on my phone, which was tough because I have bad eyesight, so I took off my sunglasses, put on my reading glasses, found the number and then tried to enter it into the keypad on the bike. This keypad is the worst piece of technology since the dot matrix printer. You have to press really hard and it is really slow, so it either doesn’t enter the number at all or enters it twice. Then, you need to hit the back space which as often as not enters it twice so now you are back to square 1.

Once you get your account entered you need to enter your PIN number which means using the #@$%^ keypad again.

If you don’t get this exactly correct it tells you it’s the wrong PIN and then you need to start over with the account number. Seriously, it took us 10 minutes to get the numbers entered correctly, with lots of swearing.

Because we’re both short, we had to lower the bike seats to our heights before we could ride them.

We rode the bikes as far as Venice Beach – less than two miles – when Julia said,

I realize now why I haven’t ridden a bike in years. I don’t like bike riding.

We locked the bikes up at another rack outside an ice cream shop and walked home.

Now, here it is today, a couple of months later and I decide that it would be a nice day to bike to Maria’s new house and I still have credit on my account from the first bike experience – we weren’t gone for two hours. So, I look up on the app and find the bike racks have moved even closer to my house. Having repressed my earlier experience, I reserve a bike and five minutes later and swearing again as I dig my glasses out of my purse to look up my account number. By the time I have walked to the park where the bikes are and screwed around with the keypad I have literally used up all the time I saved from biking instead of walking.

I finally got the bike, started riding and realized the gears weren’t working, so this 10-speed bike basically only had one gear and it was like riding those old banana seat bikes from when I was a kid. Twenty minutes later, I’m at Maria’s house, looking around for a bike rack and there’s one right across the street. How convenient!

What does all of this have to do with educational technology?

We’re all adults here, so let’s be honest. My bike-share experience sucked. Getting access took too long and was buggy. The actual product was inferior. So, why did I use it, not once, but twice? Am I that stupid?

You’ll be happy to know that the answer to that question is:

No, I am not that stupid.

I talked to a lot of teachers and administrators who tell me what educational technology they are using. Despite what you may have heard about me, I am not completely rude so I don’t yell at them,

That’s some of the most mediocre stuff on the market!

Really, though, over and over I go into schools where they tell me they will have to look where they can fit our games in their curriculum because they are using Bob’s Education Machine-o-Matic (not it’s real name).

Why are they using B.M. ? Are their students doing really well in math , social studies and language arts?

No, actually, in most schools the students are below what should be their grade level. Only 26% of students graduate high school proficient in math.

Do the students like playing with the B.M. ? Usually, no, they think it’s boring and are very resistant to playing.

The students really like playing Education Circus, the teachers tell me. They’ll play it six hours a week. If they have good behavior, they get to play extra on Friday.

With all that educational technology, students must be getting WAY better at math and computer proficiency, right?

So, why do schools use the technology they do, even if it isn’t always the greatest?

I’d argue it’s for much of the same reason I used the bike share app – twice!

Of course, we can all do better. So, what’s the solution? That’s what I’m writing about tomorrow. In the meantime, check out our games (see, I’m already addressing #2).