Skip to content
Home » Blogs » AnnMaria » Who, What, Why – Answers to Investors
I’m back in Salt Lake City at the Boom Startup Ed Tech Accelerator. Since we’re in the midst of building a business, as well as building games, we’re going to be raising money from investors – or “opening a round” as the cool kids say. 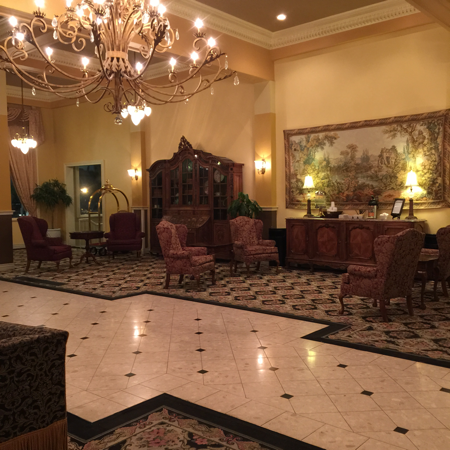 Thought you all  might be interested in  some of the questions and answers.
QUESTION: Aren’t there a lot of games out there? What makes your games different?
ANSWER: We have data that they work. It’s not ALL fun and games. In the first year of testing, students who played Spirit Lake improved math scores 300% compared to a control group that played the game for 8 weeks, 2-3 times per week. Students who played more improved more (we did the math!) A year later, with four schools participating, analysis of Fish Lake, a game that teaches fractions, with canoeing down rapids mixed in, found student test scores increased 30% (which thanks to their knowledge of fractions, they now know is about 1/3).
QUESTION: Your August game design meetings were held in Brazil. We think that’s fascinating that best-selling author and Kickstarter backer Derek Landy dropping in from Ireland via Facetime , we think it is great that he had over 800 entries for his contest to be a character in Forgotten Trail but WHY was it necessary to hold the meeting in Brazil? (Investors are very curious about how you are spending money.)
ANSWER: We did not spend company money to go on a junket to Rio, I swear! We were already there. My daughter was defending her UFC world title. Our CMO is also my daughter, and was at the event. Our lead artist, Justin Flores, is Ronda’s judo coach, so he was also at the event. Since we had our CEO, CMO, lead artist and alpha game tester there, it made sense to hold the meeting in Rio.

Not actual picture of Ronda Rousey

QUESTION: What’s an alpha game tester?
ANSWER: It’s kind of like the alpha werewolf in a pack. Ronda Rousey is 7 Generation Games alpha tester. Forgotten Trail has levels of play that are ‘easy’, ‘medium’ and ‘hard’. Sometimes a level is so hard that no one in the office can win it except the person who made it – which is kind of cheating since they know in advance where the pits, rabid skunks and enemies are. At that point,  Ronda is called in. If she can pass a level, then it is determined that the ‘hard’ level is not impossible and it is approved.
QUESTION: What’s next?
ANSWER: The beta release of Forgotten Trail is coming up in a month. The story picks up with the descendants of our characters in Fish Lake retracing their ancestors’ footsteps across the continent, and learning math along the way – fractions, measurement, ratios and basic statistics. In January, our first bilingual game will be released. Aztech Games allows students to complete the identical math lessons in classrooms with English and Spanish speakers learning side by side and no additional curriculum or language knowledge required on the part of the teacher.
There were a lot of other questions, many of which centered around what it’s like to work with your family. Since I’m off to my 140th meeting of the week, I’ll have to answer that in the next post.