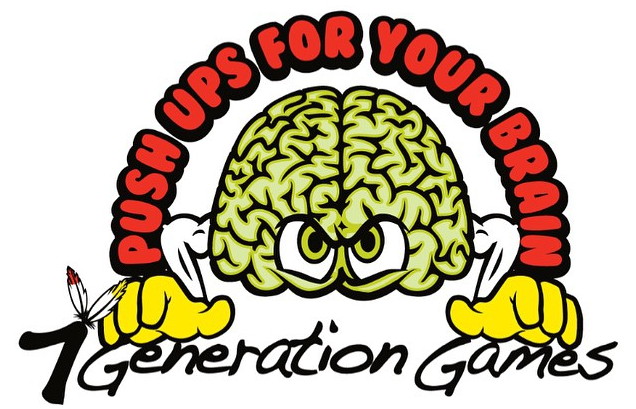 We all know that person who was a great athlete in high school or college that we run into ten years later and think,

“Dude, what happened to you?”

What happened is that he or she got a desk job, quit working out, got fat and out of shape. One of the many ways to avoid that is by doing push-ups, sit-ups, even walking. Simple exercises that anyone can do. What “grade level” are push-ups? That’s a silly question, isn’t it? Whether you’re eight or fifty-eight, push-ups are a perfectly fine exercise to get in shape.

Why do people think that their bodies need exercise but their brains don’t? Haven’t you had the same experience, running into people who seemed pretty bright in high school and now when you talk to them it’s like they got smacked up side the head with the stupid stick?

What happened is that he or she got a job filing papers or loading trucks, then went home after work and watched TV. Maybe he even spent a year in jail. (Not fun fact – the U.S. has the highest number of people incarcerated of any country in the world – over 2.2 million people.) Eventually, your friend forgot all that stuff like the difference between Maine and Montana, how to find an average and the meaning of “expedite”.

That’s a problem when Bob gets tired of loading trucks or flipping burgers and decides to try for another job or go back to school.

Not a lot of Silicon Valley companies are thinking about people like our friend, Bob. His problems aren’t the problems of people in nice offices by the bay. So, we see a lot of apps for getting a cab, a reservation at the most popular restaurants or a place to stay on vacation in New York City.

What we don’t see are ways for Bob, his sister, Bobbette, to get ahead. We don’t see a lot addressing his dad, Bob, Sr., who retired last year, either. We don’t see a lot for his niece, Bobbarella, who flat out isn’t interested in high school, homework or any of that, even though you and I both know she’s going to be sorry later.

There are plenty of educational videos on the Internet, but the truth is that watching a disembodied hand write on a blackboard isn’t the easiest way to stay awake after an eight-hour shift and a two-hour commute. What if you have a question? Who do you ask? The hand?

So … I got to thinking, what if we could make games that were fun to play and taught you at the same time? People of a wide range of age and ability could do them whether it is learning the meaning of “venomous” or how to reduce 3/6 to its lowest terms (because, as my cousin pointed out the other day, there is no 3/6 on a measuring cup, there is just 1/2). What if we made games that acted like a good teacher, that could give you a hint or an explanation of what you got wrong? And what if it was fun? I said that twice because people will play games more if they are fun and then they’ll learn more.

What if you really truly did learn from playing the games, not just randomly shoot and things or jump around and have the manufacturer tell you that the games were ‘educational’?

Couldn’t everybody do with being a little smarter, and wouldn’t everyone like to relax and enjoy themselves? If we could make it work, wouldn’t that make the world a better place?

Every day, I answer “yes” to all of those questions. Then I get back to work on making our games better and better.

Want to be part of it? Click here to buy Spirit Lake, Fish Lake or Forgotten Trail. 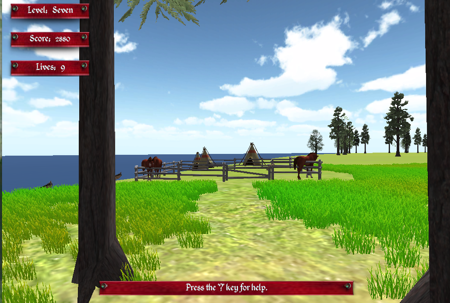 One thought on “Why I Make Games to Make You Smarter”