A better person than me probably would not feel a certain sense of self-satisfaction when an organization closes down. Good for them!

“There is no money in education”

“All of the money comes from yuppie parents of small children, there is no money in upper elementary or middle school.” 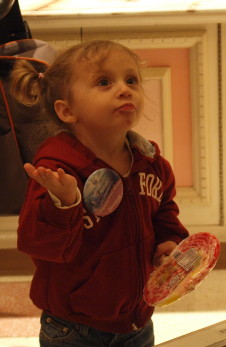 Meanwhile, we are still here.

Ever since I was in graduate school, I’ve been hearing the same drumbeat, that early childhood education is all important and by 5th or 6th grade it’s too late. One reason I suspect this argument is so popular is that it pushes accountability down the road a decade or 2. Another reason is that it is easier to force small children to do what you say. Middle school kids are more likely to vote with their feet by just skipping your class or not coming to your program. Also, this is not a very popular thing to say but it is the God’s truth, some of those do-gooders are flat afraid of kids in certain neighborhoods once they get above about knee high level.

Gee, kid, too bad you didn’t get into a good preschool program, now you’re going to end up in prison!

I happen to believe that upper elementary through middle school time is crucial. Think of the number of good kids you knew when they were small who later it was said “they fell in with the wrong crowd”. From age 10 to about 17 or so, I see kids really trying to figure out who they are, what direction they want to go in life.

My point – and I really do have one – is that every startup has the very real possibility of not making it. So, if you’re going to take a chance and make the enormous effort to make a company the center of your life for a few years you may as well do it for a cause you really believe in.

If you agree, feel free  to donate our games to a child or school. Or buy them  for yourself or a child you care about.