Today, for the first time in a month, I woke up in my own bed and had nothing scheduled. No meetings, no family events to attend. The happy thought that went through my mind is that now I can spend all day working on our new game, Forgotten Trail.

Today, I added a new activity, which took a relatively little amount of code. I think  as one gets better at coding it takes fewer lines to get the job done. Not always, but in general, that’s true. 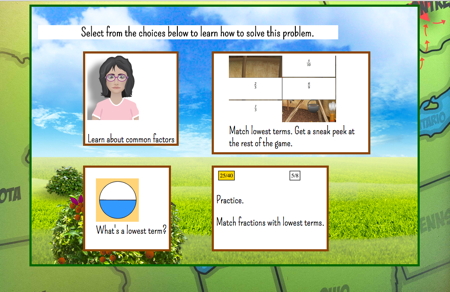 As you can see by comparing the new page to the old one, I also added a background. Advice from a very experienced game developer was to do everything we could to make the math activities feel part of the game and not two things that don’t go together, like chocolate-covered broccoli. 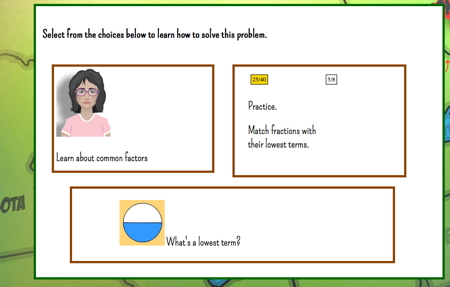 A couple of things you cannot see, and I’ll be doing a youtube video on it at some point, the fireworks effect when you win the new activity, the activity itself, where every fraction you match with its lowest term shows you another part of a picture of what is coming up in the game.

Yesterday, I wrote a little about why I care so much about math. I also care about the game part of our games, though, because learning math requires a lot of time and effort, like learning anything,and if people aren’t enjoying themselves, except for the really rare exception, they’ll quit.

So, games are important for two reasons: