Are you one of those people who just memorized the formula in math class and tried to get by? Did you memorize as much as you could of the math book and just hope that there were enough familiar problems on the test that you could at least pass the class if you were graded on the curve?

Maybe that was you in high school algebra or trigonometry. I know it was me when I took Calculus. We’re not alone. There are millions of people like you and me.

Honestly, I just thought that’s how you did it. I went to the tutor at the campus tutoring center and he helped me work through the problems. During class, the professor showed how to apply the formula to find a derivative or an integral. Even before that, way back in middle school, the teacher would say,

“When you divide fractions, invert and multiply.”

This was so common, it lead my brother, a math teacher, to quip:

You are not to reason why.

Maria and I were discussing one of the problems in Aztech: Meet the Mayas. Jose and Xitlali are trying to figure out if they have a chance to escape by running from the guards inside the pyramid. Jose says it is bigger than a football field and he can barely run around the field in a game. Xitlali says, “No, it isn’t.”

The question is, “Who is right?”

First, they calculate the area of a football field, by multiplying the length by width.

The next problem Maria wanted them to compute was the area of a side of a trapezoid. Her very logical reason was that this was a sixth-grade math standard and Meet the Mayas is supposed to be sixth-grade level. 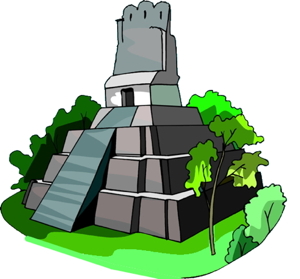 Students in general often don’t know that there are different shapes of pyramids.

They may know that the formula for the area of a square is the side multiplied by itself but they don’t really know WHY.

This is the opportunity to engage in “deep learning”. If the student misses the problem on computing area, one of the activities they can choose is to “Build a model”. This is the base of a tiny pyramid that has a side length of 4 feet. Each of these blocks is 1 foot square at the base. (What is the base? Remember the base is the bottom, the part it is sitting on.)

Let’s put 4 blocks along the front of the pyramid. (If you were in the game, you would drag and drop the blocks.) 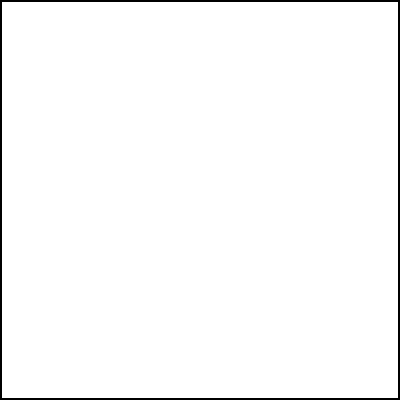 Okay, it’s 4 blocks long. Now, let’s put another row – 2 rows of 4 blocks. Now your base is 2 feet wide. Do it two more times because your base is supposed to be a square that is four feet on each side.

Each of these blocks is 1 square foot. Notice you used 16 blocks to build the base of your pyramid. That is 16 square feet.

The idea of a square is used all through math. The square of a number is the number multiplied by itself. Another way you might read the formula for a square is S2 .

This changed activity made Maria happy because learning exponents IS, in fact, a sixth-grade standard.

It made me happy because I think this activity builds on the previous one, offers the option of physically DOING an activity to learn (we have other learning modules where students can watch a video, read, or listen) and it can be built on later in the game when we teach about cubes.

This is why our games work, because this much thought and effort goes into EVERY activity and every problem.

Let me just say, too, that I am not implying that math teachers in general or your math teachers in particular suck. The fact is that most teachers are too swamped to consider this level of detail for everything. They have 200 kids a day to teach, not to mention lives of their own. That’s one reason I went into making these games – but that’s a post for another day.

Our first game in the Aztech series comes out for the iPad THIS WEEK! Can’t wait? Check out our other amazing games here. For grades 3-8. Now in English AND Spanish! (Yes, we are amazing.) 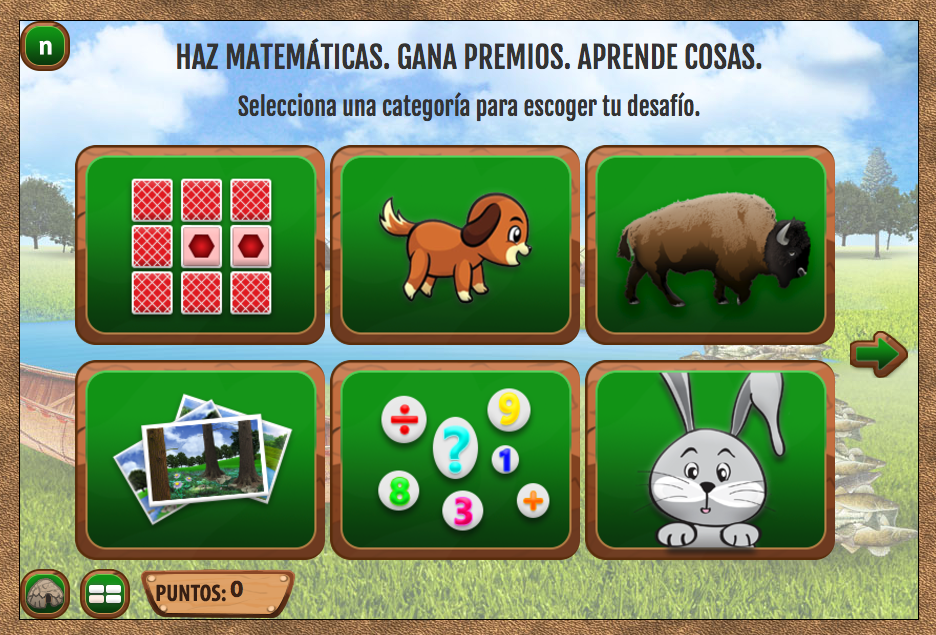