Skip to content
Home » Blogs » AnnMaria » Are you dumb or what? What.

We are very fortunate to have volunteers who assist us with game testing, advice on game design, and sometimes I am sure they wonder to themselves.

Are you people stupid or what? I gave you these great ideas three weeks ago and you still haven’t done hardly a thing! You keep going in the same direction! What is wrong with you? Are you just slow? 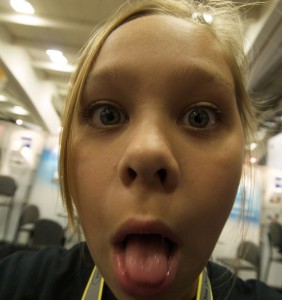 Here is the the short version of reality in a start-up.

Like a lot of companies, we have commitments. In our case, we promised schools we would have the Mac and Windows version available by last week and the iPad version two weeks later. This is what is in their lesson plans for specific days and we will deliver. Yes, we could make a lot of changes and the games would be better next month. They’ll be even better the month after that. That’s not the point. The point is we gave our word.

An educational technology company is different in the specifics, but a lot of companies have customers who are counting on them, retail stores that want to use your payment system in the Christmas season, sports media that need your video uploading app for the Super Bowl. Even if YOU think it is okay to miss that schedule, it’s not.

“Done is better than perfect”.

With our latest two games, we have tried five different methods. Not to go all ‘stealth-mode’ on you, but one of those turned out to exceed our expectations and it was clear we could drop two others. We would not have discovered the best way to go forward if we hadn’t done some of this experimentation.

If money and time were infinite, I’d be spending 100% of my time writing software for the next couple of years. Yes, having a good product is important. It’s also true, though, that we will probably always be working on our games. I doubt the day will come when at our developers’ meeting, I say,

Well, there are no bugs or improvements listed on bugzilla. Does anyone have any suggestions for improvement?

Nope. I got nothing.

I continually have to take a break from development, design, etc. to run out and try to get more money, from sales, from investors, from granting agencies. All of those people want us to do something as a condition of parting with their money – collect data, create reports, write reports, financial statements. Meeting those conditions takes time away from development, but, hard as it is to believe, that is not a bad thing.

Gaming companies need to avoid the trap of developing a really beautiful perfect game that no one ever plays because by the time it’s finished you have no money left to tell anyone about it.

Last year, someone showed me a really terrific game and advised me that we should be more like them. It was a lot of things our games weren’t. It ran on an iPad. The animation was better. The characters were better. There were only two levels completed, but those levels were great! The company raised well over a million dollars.

Their name came up last month and I learned what happened to them – they ran out of money making those perfect levels, closed the company and the founders are all working for other companies.

As for us, we now have an iPad game being tested in our beta schools, we have an animator, everything in our games has improved and we are still here. We have made many of those changes that were recommended a year ago.