Skip to content
Home » Blogs » AnnMaria » The Teachers Are All Right

Like many people, I thought teachers objected to standardized testing because it highlighted their inadequacies and held accountable those who weren’t doing their jobs. Of course, if you were one of those slacking government workers, you wouldn’t want anyone pointing out that you were falling down on the job compared to, say, those Chinese teachers.

I was wrong and all of those teachers objecting were right. Many times over the past two years, I have been required to sit down and write test items that align with Common Core standards. I don’t even think the standards are that bad – not perfect, but not bad.

The problem is EXACTLY what all of those teachers have been complaining about.

Now, mind you, I’m not talking about things like creativity, kindness, motivation, intrinsic interest in the subject or any of that. I’m just talking about plain old math, which is actually part of the standards and on the state exams.

Let me give you an example – students are supposed to learn about measures of central tendency – mean, median and mode. How this is tested is students are given a set of 5 or 7 numbers and asked to find the one in the middle.

Except – that’s not us 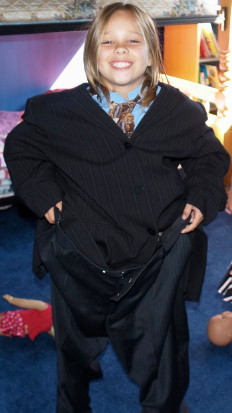 ually how you find the median because very few data sets worth examining have only five or seven numbers. Normally, you’d put the numbers in order, have the percentage in each category, compute the cumulative percentage and see at what number 50% fall above and 50% fall below.

This is just one example, but so many “skills” are taught in contexts that are completely devoid of meaning.

Now, I am sure it is not that hard to find the middle number in a group of 5 numbers arranged in order from lowest to highest. I’m equally sure it is easy to teach a child how to do that. What I am totally confused by is the value of doing so. Because when they take statistics 7 years later in their senior year of high school they will remember this lesson on the median? Seriously, it takes 10 minutes to teach. If they aren’t going to use it for another 7 years, teach it to them then.

I, on the other hand, think the average 11-year-old can probably learn to read and interpret a table.

Only teaching to the tests limits what teachers can teach and limits students understanding.

I have a lot more to say about why treating education like a factor is a bad idea but I have to get back to writing a test (I wish I was kidding).