Does it even make sense to talk about “native culture” when there are over 500 tribes? 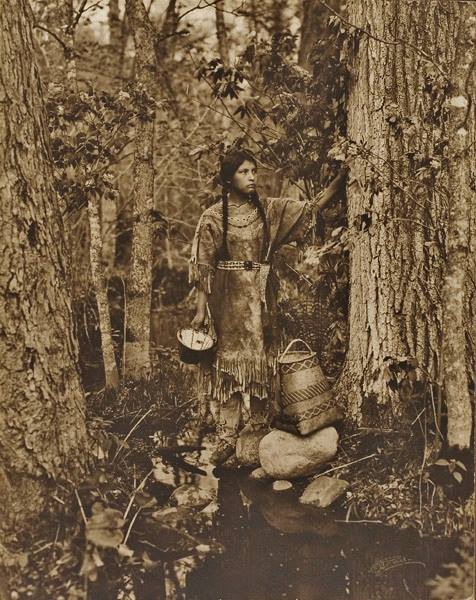 In a previous post, I described the math and story line involved in our project making games customized for tribal youth. (This is from a paper Bruce Gillette and I presented at the National Indian Education Association meeting in Reno last year). The challenge to the development team was how to incorporate contemporary activities and traditional culture. The answer is elaborated in De Mars and Longie (submitted).

Speaking of the design of Spirit Lake: The Game …

Cultural appropriation is a legitimate concern of indigenous people. In the United States, non-natives have copied native culture in everything from Native American themed parties to celebrities in costume to lingerie ads. The backlash from indigenous communities to this mimicry is understandable.

Video games offer a more functional application of Native American culture, specifically, Dakota culture. While at first glance, traditional Dakota values and educational video games may be an unexpected combination, there is much more to being a Dakota than regalia, pow-wows and sweat lodges. Other cultures that wish to copy the Dakota are advised to copy these values – honesty, courage, generosity and perseverance. Both the National Council of Teachers of Mathematics and the Common Core standards emphasize the importance of perseverance in mathematics.  The very first standard of mathematical practice is “Make sense of problems and persevere in solving them”.

McGlennen (2015) argues convincingly that native identity is not a connection to place, to a particular reservation. Despite diversity among the 500 American Indian groups in degree of preservation of tribal language and in tribally specific religious and social activities (Red Horse, Lewis, Feit, & Decker, 1978; Weibel-Orlando, 1991) , many social scientists feel it is possible to identify certain core indigenous values ( Sue & Sue, 1990):

In the United States, despite hundreds of years of oppression and campaigns of extermination, the Native Americans have survived and persevered (Longie, 2006). When youth wear clothing emblazoned with “Native Pride” whence comes the source of that pride? It’s not the poverty or the plethora of other problems endemic to most reservations– it’s character, those values that people should emulate that have enabled the Dakota to endure and survive as a people despite those challenges.

Perseverance in the face of hardship may be the unifying characteristic of native peoples. The Dakota Math project study applied perseverance and fortitude, two major values of the Dakota to game development, with the objective of improving academic achievement of Native American children.

Perseverance is defined as a steady and continued effort, usually over a long period, and especially in spite of difficulties or setbacks. The Dakota cultivated perseverance. Traditionally, rules were rules of survival and if they weren’t followed, the whole tribe was at risk.  Those who enforced the rules persevered in their chastisements until individuals conformed to the law.  Without perseverance, the Dakota would not have survived the world they lived in.

Still, even if some common values and views can be identified across many tribal groups, how can that be used in the contemporary school system to teach mathematics? Is that a crazy idea? No, as you’ll see in the subsequent post, it’s indeed very practical.

4 thoughts on “Can you customize video games for tribal youth using “Native culture”?”