Entrepreneurs often hear that investors are only interested after a company has “traction”. Recently, our CEO made a wasted trip to meet someone who allegedly is interested in funding women-owned start-ups. At the meeting, she was told,

Take our company, for example. Games are very expensive to make. Because Dennis and I had saved money from earlier careers writing software and Maria had written a best-seller, we were able to spend much of the last 3 years working from between 0 -20% of our former salaries – but how many people can afford to do that?

Even with working full-time ourselves, plus raising a million dollars in grants and investor money, we’ve got two games on the market for Mac and Windows, one coming out this month that will run on Mac, Windows and Chromebooks, with a fourth game, and iPad releases soon. That is a huge amount of accomplishment for a million dollars. Even with that, we won’t have money coming in from our third game until May and probably not from our fourth until August.

Making games for multiple platforms – and schools want Mac, Windows, Chromebooks and iPads – costs a lot of money. Don’t forget the cost of marketing. People need to know you exist, which means showing up at conferences, emailing schools, conducting research and publishing it.

So, where exactly do people get the money to scale up to the point where they are making $100,000 a month so they are “interesting”?

The fact is that what that investor told us is simply not true and here is the dirty little secret. Some companies do receive a lot of funding before they make a dime. I talked to the founder of one of these companies that was a darling of some of the same investors who told us that we needed to be showing at least $2 million to $5 million a year in revenue before they would be interested and he confided  to me that they had NEVER made a profit and they had yet to bring in over $10,000 a month in sales.

Now maybe their company has huge upside potential and they will make enormous amounts of money. I wish them well. The fact is, though, they have been in business about the same length of time as we have and brought in less in sales. Their major investor, however, was a very good VERY RICH family friend, who brought in other friends and Bob raised over three times what we did, without all of that wasted time of applying for grants and Kickstarter. 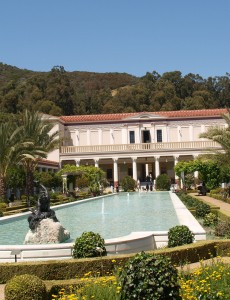 Now, I’m not saying that every successful start-up has a rich uncle hiding in  the wings, but it is a fact that many companies are caught up in that Catch-22 of they cannot bring in revenue because they don’t have enough money to bring to scale and market their product and they can’t get investor money until they bring in revenue. A rich uncle or the right connections would certainly help.

Our games get better every day. I keep saying that and you’ll be able to see for yourself with the new release of Forgotten Trail next month. Like us, Bob gets to the office at 9 or 10 am and works until midnight many a night. Unlike us, he has an extra $2 or $3 million to spend on building out his product and marketing.

If his company becomes bigger, faster is it really all because he had a better idea?

I’m skeptical. Like always, though, I’m just going to continue making better games, collecting data, analyzing data because I believe in what we are doing, that in the end, it will change lives and pay off big for our investors, too.

In the meantime, though, it sure would be nice to have a rich uncle.