It has been brought to my attention lately that I have not been blogging very much and some people would like to hear more about what is happening.

Well, I was kind of at this wedding thing – if you don’t know, now you know, my lovely next-to-youngest daughter got married this weekend, so I’ve been kind of off the grid and I even took a day off work to go to the wedding. Don’t they all look great? 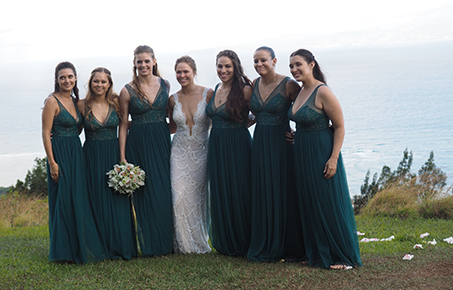 So, I’m back and lessons were learned, principal among them how important it is just to have fun sometimes. Now, you know this is going to come back to games, right, because this is my company blog. My point is that fun is important to keep people involved. Once I got back into the office today, as I was going  through the game prototype for Aztech: Meet the Mayas I saw this – story, math problem, math problem, math problem, educational video about the Mayas – before we  got to the first game.

We know from previous research that :

So, I called an impromptu developers’ meeting, we designed a new game that involves the iPad motion detection features, making you move your iPad all kinds of crazy ways as your character falls through time from 2015 to the year 800. My artistic rendition looked like this: 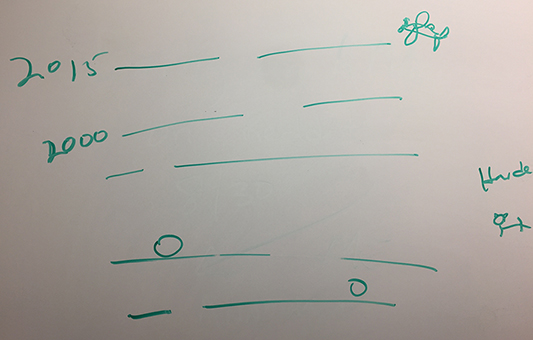 Now you know why we need money to hire artists. The round things are gold coins and that’s a plane at the top. At the side is a jaguar that attacks you in the harder levels. Once I explained it and showed an example, Diana, who was initially skeptical said,

I can see myself playing that game all day. 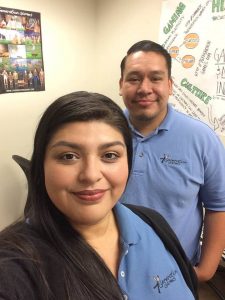 So, I am adding it to the game design in the wiki and Jose has started the coding. I told him to go ahead and use whatever artwork we had lying around to mock it up (when we first did Fish Lake, the only character we had was a construction worker so we had this guy with a hard hat and tool belt running through the forest). He and Tati can put their heads together and get the needed artwork on Monday.

So, dinner break now and then back to work.

For those of you who read to the end just because you wanted to see more pictures, here you go. You might be interested to know also that backing us $50 or more on Kickstarter gets you the Family Business Textbook which is literally a book of our family texts about business, family, games and occasional tigers. 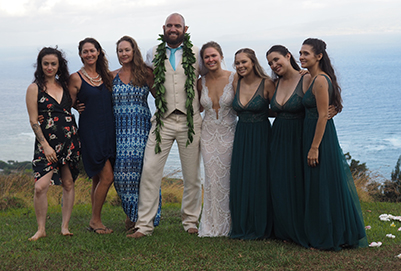 The bride, groom and all of their sisters