Skip to content
Home » Blogs » 7GenGames » Throwback Thursday: Eight things I did NOT know about Kickstarter

Going through our archives, we came across this great post by Dr. AnnMaria De Mars from February 16, 2013 “Eight things I did NOT know about Kickstarter” that we wanted to share in case you missed it the first time around.

We started this Kickstarter campaign a little over a week ago. For those of you who are considering it, here are a few things I learned

1. Kickstarter was not nearly as well-known as I expected from my non-random sample of close family and friends. Many people outside that group, when I mentioned it said, “What? What’s that?” From the Kickstarter page …

Kickstarter is a funding platform for creative projects. Everything from films, games, and music to art, design, and technology. Kickstarter is full of ambitious, innovative, and imaginative projects that are brought to life through the direct support of others. How does Kickstarter work?…. Every project creator sets their project’s funding goal and deadline. If people like the project, they can pledge money to make it happen. If the project succeeds in reaching its funding goal, all backers’ credit cards are charged when time expires. If the project falls short, no one is charged. Funding on Kickstarter is all-or-nothing.

2. You have to pay through Amazon. This turned out to be a problem for some people I knew who either were not too computer savvy, did not have credit cards or didn’t want to give their credit card number on line. There were more people than I had expected. I know a few gave cash or checks to a friend who then backed the project.

3. You cannot back your own project. This can be difficult if people want to give you cash or checks because you cannot deposit them and then “back” it on your own account.

4. Video editing takes a LONG time and thank God that the wonderful folks at American Horrors lent us a video editing expert. No, our game doesn’t have anything to do with horror, except the fear some people have of math, they’re just friends of ours.

5. There are a lot of steps in creating a Kickstarter project even after you have created the video. You need to register on Amazon payments which requires your date of birth, last seven addresses, name of your first pet, favorite gang sign, Zodiac sign, animal of birth in the Chinese calendar and four drops of  the blood of a purebred guinea pig. (Sorry, Patti) 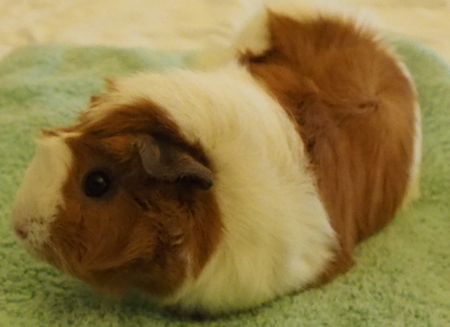 6. Once you submit EVERYTHING it does not post immediately. It’s more like moderated comments than a blog post, although it can take a few days, particularly, like us, if you submit over the weekend.

7. It’s a lot of work to get the word out. I spoke to a really good friend of mine four days after we launched and he didn’t know about it. I thought I had been putting it on Facebook and twitter so frequently to the point of being annoying, but he said that he owns a business and is not on Facebook that much and not on twitter at all (even though my twitter goes to my Facebook page). So, he noted that if I hadn’t posted it in the couple hours before he logged on, he wouldn’t see it, because he just scrolls down a page or two and then logs off.

8. You cannot have rewards that are not directly produced by the project or its creator. We have a UFC fighter (Ronda Rousey, also known as darling daughter #3) on our design team – involved long before she joined the UFC. We can send a signed photo of her playing the game or in poses we copied for fight scenes in the game. (Don’t worry it’s a game for kids in grades 4 & 5, the fight scenes are pretty tame.) We CANNOT send copies of her gloves from her world title fight as a reward, or send out mass copies of photos taken to promote her fights.

So far, in about 8 days we have had 115 backers and over $6,500 in pledges for our adventure game to teach kids math.

Check it out. Pledge. Come visit us at 106 miles demo and cocktails on Wednesday, February 20th in Santa Monica

If you have any advice or lessons learned on Kickstarter yourself, please, dish in the comments below!

Four years later and we are doing another Kickstarter. Back our Kickstarter to be a part of making better & bilingual math games!