I’d honestly never given much thought to immigrants. I mean, sure, I realized that it must be hard to move away from your family, friends and everything familiar. I assumed doing business in your second language was hard.

But I never realized how hard it really was until being thrown in the situation myself. 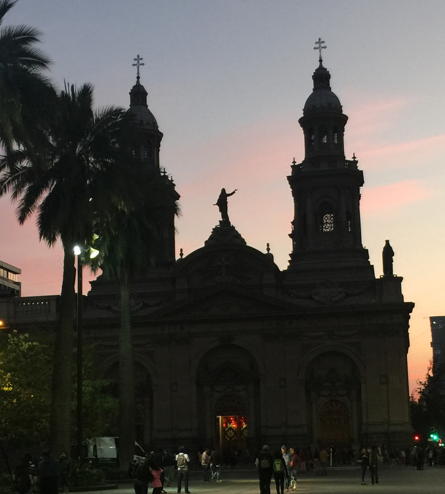 Everything takes twice as long. Reading an email, I often find myself looking up words in a Spanish dictionary. Answering the email, I often use the English – Spanish translation from Google , but then I still have to double-check certain words because that is such a literal translation. For example, “statistics is a field of mathematics” might be translated as “statistics is a farm of mathematics”.

If it’s just something simple like responding to a meeting request, Google translate + my knowledge of Spanish + a Spanish dictionary might be good enough, but if it’s something more important, say, a contract or a proposal, after I have written it in English and then translated it to Spanish, I send it to someone else to proof-read.

Wouldn’t it be simpler to write it in Spanish to begin with? Not for me. That would take even longer. I still think in English almost all of the time.

Would it be faster to have someone else translate it? Yes, it definitely would, but I wouldn’t be learning Spanish that way. Also, if the discussion of whatever it is – proposal, contract – is in Spanish I am going to feel pretty stupid in the discussion if I don’t understand everything in it.

It’s frustrating. Something that would take me an hour in English will take me 2-4 hours in Spanish. I can spend 20 minutes answering a single email, and I get hundreds a day, which explains why I currrently have over 1,500 emails in my inbox.

It’s frustrating and humbling to feel as if I’ve lost 40 IQ points on the plane ride here. I remember reading an article in which a woman talked about how she wished her friends and neighbors could “meet my mother in Chinese”. Her point was that in Chinese her mother could tell jokes, discuss politics, science and the economy. She was an articulate and amusing person. In broken English, bowing and agreeing, she was seen as uneducated and unworldly, not really worth taking the time to get to know.

It’s not just communication that’s hard. Research and continuing education is twice as difficult, too. If I want to learn about which standards for mathematics are used in North Dakota, I go to the Department of Public Instruction website.

In Chile, first, I need to find out where to go and second, I need to translate every page of the 128 or so I download, because there are going to be a LOT of words I don’t know.

I think it’s crucial to be able to conduct business in the language of a country for a lot of reasons. It’s far easier to find information if you read the language. You can do business with many more people because they don’t need to know English.You travel to meetings more easily, whether across town or across the country. Perhaps most important, you get a depth of knowledge that you would not have otherwise. because you can talk to a lot more people about a lot more topics.

So, I’m working on my Spanish – in fact, this week I’ll be starting a blog in Spanish on our Spanish language site.  Maria Paz already writes El Blog Increíble .  I’m going to call mine “El Contrario de Increíble”.

Want to improve your Spanish (or English?)  Check out Making Camp Bilingual. Under two bucks & plays on any device

You’ll also learn math and history, You are now officially out of excuses.