You know that old joke , “If I’d known children were this much fun, I’d have had them first.”

Game design is like that. I know, you are probably siding with Maria and asking,

“Is this like her ‘push-ups for the brain’ , where I can’t see how it relates to games?”

Obviously you need to have your children (even non-analogy-appreciating children) before you can have grandchildren.

In the same way, I am looking at how cool our FIRST version of Aztech Games, FOR SCHOOLS (but you can get it on the app store) * is coming out and sometimes I think,

Wow, if we had spent all this time on Spirit Lake or Fish Lake, think how awesome it would be now. The games are good, but they could be better

Of course, we have better graphics, better story line, because we learned from making those earlier games. As we release the first game FOR SCHOOLS (but you can get it on the app store) * in the Aztech series this week, we already have ideas that will make version 2.0 even better.

Why not do it that way in the first place?

Well, that’s kind of like having your grandchildren first. We test our games with actual kids – lots and lots of actual kids. Adults aren’t always the best judge of what middle school students will find interesting or difficult. 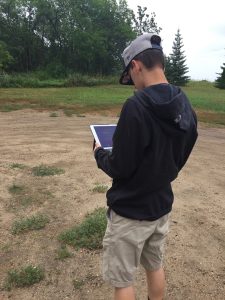 Lately, I have been testing games everywhere from In-N-Out to out in a field on the Spirit Lake Dakota Nation to hanging around the house.
For the last few years, I have watched kids play games, our games and other games, in the library, at school, at home.
Every day, I have ideas I want to build into the next revision of our games and the better and better games you see are built on those earlier efforts. 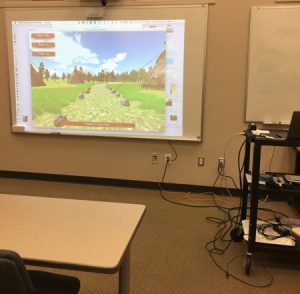 So, if you see what comes out of our latest Kickstarter campaign and ask us , “Why didn’t you do THAT first?” The answer is, because we had to learn from those other games so we could build this one. 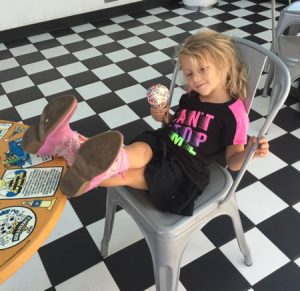