If you haven’t read, seen or heard about the latest hand-wringing over the lack of diversity in tech, just wait for the next one. It goes like this:

First of all, note that the lack of women in tech is a self-fulfilling prophecy. Let me just give you one example.

Globally, 10% of venture capital funds go to firms that have AT LEAST ONE female founder. Not female-owned firms. Just one woman on the team.

At the angel investor level, 17% of funds go to a firm with AT LEAST ONE female founder.

Let’s look at firms majority-owned by women. Although 38% of companies are women-owned, depending on the year, somewhere around 2-3% of venture capital money goes to female owned firms. Women get 5% of the venture capital deals but because deals with men receive more money.

With less money, female-owned firms can hire fewer people, buy less advertising. It is a testimony to the grit and perseverance of Maria and myself, and the support of our WONDERFUL staff and families that our company is still here.

Although they receive less funding, women-owned firms compete in the same marketplace. In our case, we make educational games, that include a game component, an educational component aligned to standards, in-game assessment and background data collection. We make modifications for rural environments, like Wyoming, where I am right now. We produce games in two languages. We’re still here because we bootstrap and beg for money and work for free to keep developing and making our games better.

We’ve received Small Business Innovation Research grants (which are reviewed blind, not coincidentally) and had two successful Kickstarter campaigns that have helped us keep making games with minimal seed funding and no venture capital money. THANK YOU to everyone who has backed us.

Fewer women are getting to the level to apply to VC’s because only 17% of them get any angel funding to get started.

In our case, it’s not that we don’t have the technical know-how to make better games or do better marketing. We have a list of enhancements a yard long. We make improvements as we have the funds.

I have to head out to give a presentation at the Wyoming Native American Education Conference on making youth producers (not just consumers) of technology. I’ll talk about the moving bar for “merit in tech” next post.

In the meantime, check out our games. Buy them for yourself. Download our free apps. Donate to a school. 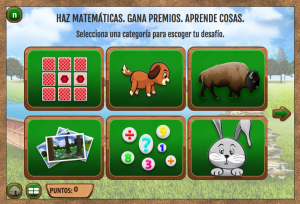