The annual convergence of the video game industry known as GDC ends today, so I thought it was worth sharing what I took away from attending the event when I dropped in for the Expo.

I went to GDC expecting to see a lot of cool games and ideas, which I did. (I blogged yesterday about my VR thoughts.)

Here are just a few more kind of random thoughts – in no particular order – I had after attending the conference I’ve had so many tell me I “must attend.”

– If you’re interested solely in educational games, this is NOT the event for you. Don’t be confused by GDC’s “Education” track. The focus of those sessions is teaching how to make games, not making games that teach. (Obviously the two aren’t mutually exclusive, but I’m saying that GDC is not going to be confused for the Ed Games Expo.) However, I didn’t go to GDC expecting educational games, so that was fine by me. 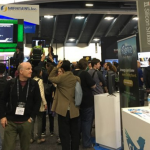 – There are a lot of people making games. People all over the world. And the folks at GDC are the people who are near the top of those making games (because it’s not a cheap event to attend in a city that is already expensive to travel to and stay in). And the quality of the games that are coming down the pipeline from those people is awesome, and I think that’s great. But considering the levels of top notch games vying for players’ attention and that fact that there are exponentially more that the tens of thousands of people who packed Moscone highlights just how competitive and challenging the gaming industry is. If having put Fish Lake on STEAM Greenlight has shown me anything, it’s that this industry is not for the weak of heart. (If you haven’t voted for us on STEAM, please go and do it now!)

– Gaming is a lot of dudes, and a lot of white people (and a significant number of Asian people). On the upside, there were more women than a lot of other tech conferences I’ve attende 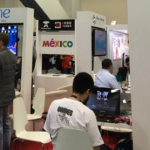 d. Now that’s not saying a lot, so it was a low bar to clear. Also, I don’t know what their roles were – more women are generally in marketing type roles than development or executive roles – but still, the gender breakdown was a better than my low expectations. Minority representation was not. Among the countries with a noticeable presence, I did see contingents of games from Mexico and Chile, but that doesn’t change my assessment of the demographics. Diverse is not a word I’d use to describe GDC – or gaming, which is really the root of the issue.

– I really liked the interactive film “Late Shift” because it actually aligns with what we’re doing for our next project (Crossroads), so I look forward to checking that out further.