Ready for some good news? While our time lines are often full of reports of greed, Giving Tuesday is the opposite. This movement inspires millions of people across the globe to show up and give back to causes and issues that matter to them. Giving Tuesday brings together a global community around the ideals of generosity and collective action.

What exactly is Giving Tuesday?

Giving Tuesday harnesses the generosity of millions of people around the world to support the causes they believe in and the communities in which they live. Help us reach more rural communities in Latin America through our organization Strong Minds Studios, where we impact hundreds of students providing our educational games and teacher resources for free.

As a kid, how can I get involved?

It’s about action not only giving. At 7 Generation Games, we’ve got something that you CAN DO to help us out. It won’t cost you a dime. It doesn’t take but five minutes of your time (no, seriously). And it would REALLY help us out.

In Making Camp Lakota, players practice multiplication and division skills. They’ll also be introduced to Lakota history and culture. Earn points by solving math problems and answering social studies questions in the village-building simulation game as you earn items to customize your tipi.

The average number of students in Mr. Gonzalez’ classes has been going down. Where did they go? More importantly, will they be able to use their knowledge of math and history to make it back? AzTech: The Story Begins teaches math as well as incorporates social studies and language arts – because real life isn’t broken down by subject. Making it twice as nice, it can be played in English or as a bilingual English/Spanish experience. AzTech Games is the FIRST fully bilingual, cross-curricular math adventure game series on the market. Language of instruction is controlled by the player on every single page within the game, including text, audio and video content. 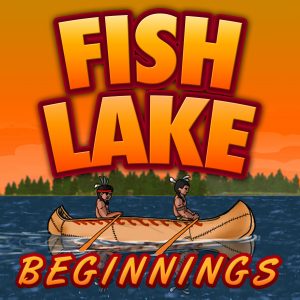 In Fish Lake, players practice with Fractions while learning math problem-solving strategies. They’ll also be introduced to Native American history. Watch out for poisonous snakes! Canoe through the rapids. Find enough food for your village’s survival. Figure out “what’s fair.” Who knew you could get this excited about fractions?

Our first app for pre-school age and up teaches counting in English and Spanish. Kids will love seeing virtual numbers pop up in their real world in this new app from 7 Generation Games and Strong Mind Studios. Bring numbers to life in two languages in this interactive augmented reality app!

Make math fun! Bring numbers to life in English and Spanish using this augmented reality app to practice multiplication and learn numbers in two languages! Kids will love seeing virtual numbers pop up in their real world in this new app from 7 Generation Games and Strong Mind Studios. Watch as commonly confused multiplication problems solve themselves!

2. Play for a few minutes and that’s it!

If you really like us and have like 7 minutes, you can do the above and leave us a (glowing) review in the app store. And/or you can tell everyone you know about what they can do to help us out too.

Why are we asking you to do this specifically?

The more times an app is downloaded, the higher it moves up in search in the App and Google Play stores – and this matters because there are literally hundreds of thousands of educational apps out there (most of which are pretty meh), and small companies like ours need every edge we can get to rise above the noise. That way schools can get to know us and get into our program of free educational videogames.