Skip to content
Home » Blogs » Educational Games » Going all in: The accelerator phase

In our story so far, I had an idea, wrote a grant, recruited two co-founders and we all worked on some games to teach math with story lines based on Native American history. After 2 1/2 years or so, we quit our jobs and devoted full-time to 7 Generation Games.

We were accepted in the Ed Tech cohort for Boom Startup, an accelerator in Salt Lake City, Utah. It’s quite a different program now, but at the time, it was pivotal for us, for several reasons.

I’d say the biggest thing the accelerator did for us was move 7 Generation Games from being a product to being a company.

If you are thinking of joining a program, I’d recommend looking for these things. 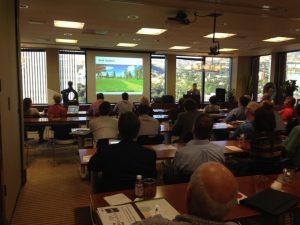 What does an accelerator actually do?

Well, if it’s a good one, it accelerates, which is defined as:

to cause faster or greater activity, development, progress, advancement, – dictionary.com

Be forewarned that it can accelerate the doom of your company, and that may not be a bad thing. I have seen a few instances when it became clear in an accelerator program that one or more of the co-founders just did not have the commitment that it was going to take to succeed in a startup. When our CEO, Maria Burns Ortiz, missed her daughter’s first day of second grade, she had to face the fact that there would be many sacrifices like this if she was going to move 7 Generation Games from the MVP stage to a profitable company. Fortunately for us, she made the decision that the sacrifices would be worth it. 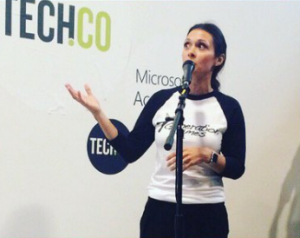 One thing that most accelerators do is require that all of your team be on site for some of the program and some of your team be available for all of it. If, like many founders, you already have beta customers to support, you are going to be spending eight hours or more each day in the accelerator program sessions and activities, then spend another 6-8 hours responding to customers, fixing bugs, etc. You may find yourself, like Maria did, flying back and forth between LA and Salt Lake City so many times that the flight attendants knew her baby by name. Did I mention that she had an eight-month-old when we started this program?

In our case, Boom Startup accelerated the decision of the three co-founders devoting full-time to the company. It also accelerated our decision to open our first seed round. Because we were doing a seed round, we did another Kickstarter to, well, kick start, downloads. We released a new game sooner because we wanted to honestly tell investors we had games for Chromebook and iPad as well as Mac and Windows.

What did we actually DO in the accelerator? Well, that’s my next post.