You really ARE important to us. This was driven home twice this week. I was talking to an investor in educational technology companies and he said, “Those early adopters are so valuable. They really are partners in development. The original developers are so close to the project that either they don’t see something as an issue because it doesn’t bother them, or they waste time fixing little bugs that no one much cares about. There’s a reason that we call it the ‘early adopter discount’ and no one gives a ‘late majority discount’. Those early adopters are part of your development.’

Now, on to your mission for this week. In less than 48 hours, we will be releasing Forgotten Trail. 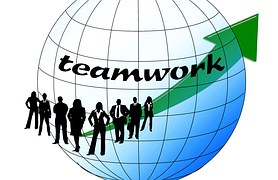 Linus Torvalds, creator of the Linux kernel, said “With many eyes, all bugs are shallow.”

So, you are the many eyes.

Any bugs you send we will feverishly spend the next day working on until Forgotten Trail goes out in beta in its first five levels Sunday night.

Even if we don’t get to it before we release to the world, have no fear, we will continue working on Forgotten Trail FOREVER – okay, well, probably until February 2016 when we turn around and do our Spirit Lake and Fish Lake updates.

Again, thank you, thank you for everything you do and I await your bugs.