Each different type of home reflects the area where it is built. For example, tribes like the Seminole who lived in areas where it was warm year-round had very different homes than tribes like the Ojibwe who lived in areas where there were harsh winters. Nomadic tribes, like the Dakota and Lakota, had different homes than tribes that stayed in one place year-round, like the Pueblo. The building materials that homes were constructed from also varied depending on what was available in the areas where they were built.

A tipi was a circular tent made of long wooden poles wrapped in hides. Tipi poles might be 20 feet tall and tipis were large enough to accommodate an entire family inside. A hole where the poles met at the top provided a way for smoke to escape and allowed for a fire inside. In cold winters, an additional layer of hides or furs could be hung around the inside of the tipi and would help keep the tipi warm. Tipis were commonly used among tribes in the Great Plains, especially nomadic tribes – or tribes that moved from one camp to another instead of saying in just one place. This was because tipis could be easily taken down, transported and put back up. In fact, tipi poles would be used to create a travois to transport good to the next camp. A travois is a type of sled without wheels and was made by tying large poles together in a “V”-shape, then loading up the middle. The Dakota, Lakota, Blackfoot and Crow were some of the numerous tribes that used tipis.

Wigwams were domed houses made by cutting down young saplings and creating a wooden frame. After the frame was tied together, the structure would be covered in bark and hides. Wigwams were stationary structures, meaning the could not be moved once they were constructed.

The Navajo, or Diné, lived in hogans. Hogans were also dome-shaped, rounded structures. Traditional hogans were made of a variety of materials, like wood frames covered in compacted dirt or mud mixed with grass. These types of walls provided insulation during colder winter months and helped keep the interior cooler during hot summer months. Hogans can also be constructed out of logs stacked on top of each other. These hogans appear rounded as they are typically six-sided, or hexagonal, shapes. Some Navajos even made hogans from stones. It was not uncommon for a family to have both a winter hogan and a summer hogan. 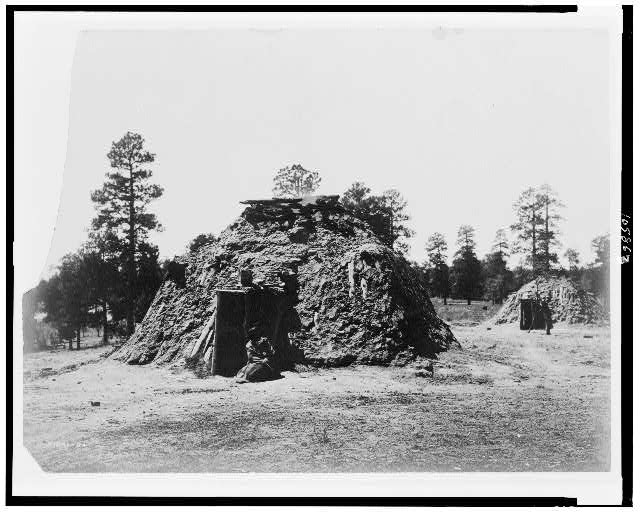 A Navajo hogan was a domed structure and covered in earth.

The Pueblo tribes were incredible architects and have built several different types of structures over the centuries. The early Pueblo lived in pit houses, which were homes dug into the ground with a wooden frame over the top that was then covered to create a roof. People would access these homes by using a ladder to climb down into them. Later, the Pueblo also built homes made out of adobe, a mixture of sifted clay moistened with water and mixed with straw that was used to create block-like bricks. Using adobe with log frames, the Pueblo created large multi-level structures where families and relatives would reside together, similar to how people live in apartment buildings today. 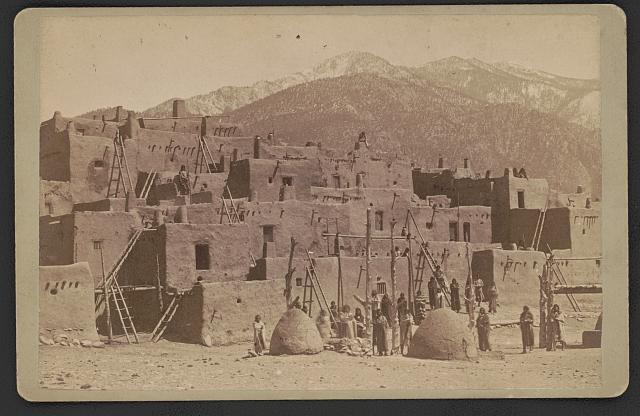 Pueblo homes housed multiple families and were made of adobe bricks.

The Seminoles lived in permanent cabin-like homes before they were cruelly forced from their lands by the U.S. government. In the 1800s, the Seminoles were constantly under threat from U.S. troops and were regularly moving from one area to another. Because of this, they resourcefully developed a new type of traditional home that could be easily constructed called chickees. Chickees had a basic log frame and a raised platform so the floor was off of the ground. The roof of a chickee was made from woven together palm leaves. In the hot and humid Southeast, chickees did not have walls, but were open on the sides. 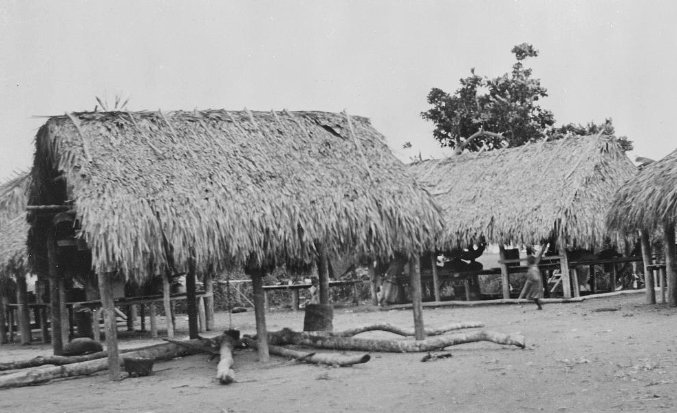 A chickee had a roof made of palm fonds to protect from rain, but no walls.

Plank houses were a common dwelling – or place where people lived – in the Northwest. Access to trees was plentiful in the region’s large forests, and plank houses were built of large wood planks (boards). Many Pacific coastal tribes used large cedar trees as it was widely available in the area, but other types of wood could be used. A plank house had a triangular roof, like many houses today do. Unlike wigwams, tipis or hogans where families each lived in their own, plank houses typically had multiple families living inside. Plank houses could be hundreds of feet long. Inside, there was a communal (or group) area as well as spaces that each family was able to have its own area. Tribes that lived in plank houses included the Wasco, Clatsop, Coast Salish and others. 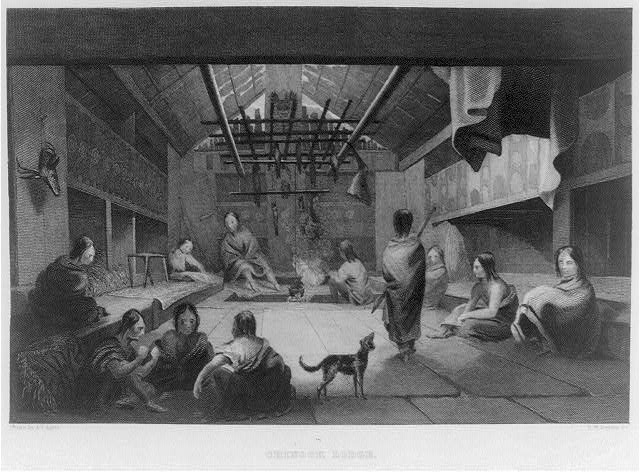 Plank houses were large inside and often housed multiple families.

Inuits in the Arctic regions of Alaska, Canada and north Greenland were known to live in dwellings commonly known as igloos, which were temporary or permanent dwellings made of compacted snow. Some Inuit people would insulate a frame made of whalebone and hides using snow, while others would make the entire dwelling using only snow. Temporary igloos meant to last a day or two would hold fewer people while larger, semi-permanent igloos might be bigger and hold up to 20 people. Animal skins lining the interior and the entrance could also serve as further insulation against the freezing cold. 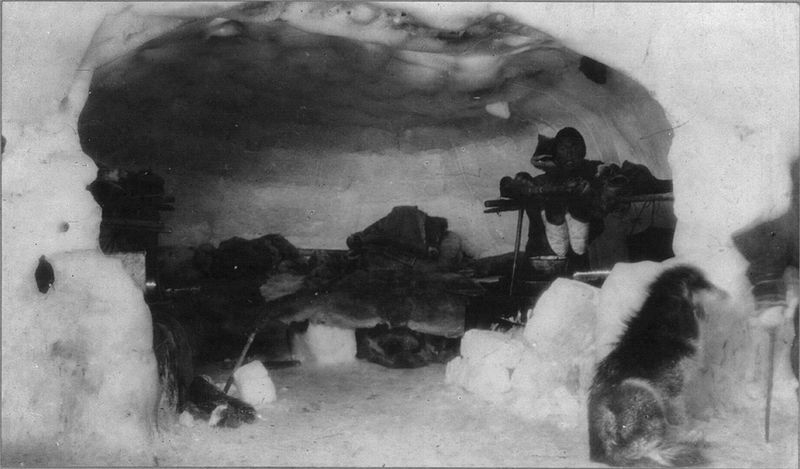 Igloos need strong roofs. You’d be able to stand on top of a well-built igloo.

These are some – but not all – of the types of traditional Indigenous homes. While each is very different from each other, when you think about it, people today live in very different homes from each other as well. Some people live in apartment buildings. Some houses have flat roofs while others have slanted ones. Some houses have basements. Some home are mobile homes. Some families live in one place for a long time. Some families move often. Just like there’s no single traditional type of Native American home, there’s not single “typical” type of home today.