Skip to content
Home » Blogs » Parenting Like I Know What I'm Doing » How Old Is My Baby? Wait, How Old Am I?

In my last post, I tackled basic physics — and I use “physics” loosely, but amusingly — and children. This time, I’ll be going over units of time and age. Our upcoming game, AzTech, hits on data and measurements as well. The measure concepts we hit on in AzTech are national standards aligned (as are our other games). The measurement concepts I hit on in this post are not. 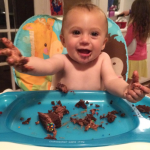 Why do we celebrate baby birthdays if not to use them as way to mark their age?

The other day someone asked me how old my baby is.

“How many months?” the lady asked me as if 1 is not actually an age.

“Ummm, 16 months?” I said, although it probably sounded more like a question or at least like it should be qualified with “more or less.” I ran through the mental math in my head. He was born in early January, it’s almost May. That’s four months. A year is 12 months. 12+4= 16. Yay, Maria! (Also a big win for math fluency, which we’re a big on here at 7 Generation Games.)

But seriously, the whole weeks, months and honestly even years thing can be a bit confusing. To make it easier, I have developed a handy guide for measurements of time when it comes to age and you have children.

Now, it’s funny because when you’re pregnant you are totally all about the weeks (especially the first time). In the beginning, you’re super excited so each week is like opening a new Advent calendar chocolate toward the baby arrival countdown. You read the whole “This Week in Your Pregnancy” thing and learn your baby is the size of a persimmon, and you think “Really?!” Then you Google up and realize you were thinking of a pomelo (which is like a grapefruit) and you wonder who came up with these obscure fruit comparisons anyway because no one really knows off the top of their head how big a fig is. 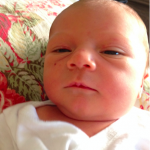 With a newborn, you’re not even sure of the day of the week half of the time – forget about how many weeks it’s been.

By the middle of being pregnant, you’re still counting in weeks and what you’re really saying is, “No, I’m not just getting fat, I’m pregnant.” Saying, “I’m 20 weeks” sounds bigger than a measly little four that it would be if you were counting months and makes you feel better about the fact that you can’t button your jeans.

At the end of being pregnant, you’re still using weeks because it’s really more of a reminder to your baby – who science has shown by now can hear you by this point – that the days on the inside are numbered, “36 weeks, you hear that? That means no more than 4 weeks to go. In fact, 37 weeks is considered full-term – meaning any minute now is fine.” In other words, it is an eviction notice.

I even get the weeks thing in the very beginning, although by 2 months, I certainly transitioned over to using months because honestly it was all a blur from week to week and “2 months” sounded better than “Yeah, I don’t know it seems like a lot of weeks or maybe not very many, and I’m really too tired right now to be doing any kind of counting or calculation. He’s a little baby.” Get a personalized baby blanket, which will make the sweetest baby shower gift.

I get the entire months thing up until 1 because there’s a significant difference range from 0 to 1 in terms of growth and development. A 3-month-old is pretty very different from an 11 month-old. 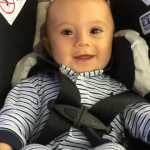 From 0 to 12 months, using months makes sense. But after that, let’s make it easier for everyone and go with years.

Now, I understand that there’s a significant difference between 1 and 2 as well. But can’t we just use half years at that point? I mean my kids were all walking at 9 months, yet at the farmer’s market a couple weeks ago, a lady asked what kind of shoes my baby was wearing because he son was just getting ready to walk and he’s 13 months. It’s not like by grouping them together by months, they’re all doing the same things.

And let’s be honest, do you actually know what a 20-month-old should be doing different from an 18-month-old from a 22-month-old. No. No one does. So let’s quit making moms waste their time on the mental month math (not that I’m against, mental math – just useless math) and quit making other people feel like they should know the difference between 17-month-old and 19-month-old babies, and go with 1, 1 ½, 2. 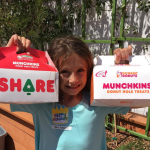 Five months and 30 days after she started telling people she was “Almost 8,” Eva actually turned 8.

As stated above, if you feel a need to differentiate your 1-year-old from a 1 ½-year-old, go ahead. Or even your 3-year-old from a 3 ½-year-old. Mostly though, half years come into play when kids are giving their own ages. For example, “I’m not 5. I’m 5 ½!” My oldest daughter ran a little crazy with this telling people in the month before her 7th birthday that she was 6 and 11/12. (If you love fractions as much as her, you should check out Fish Lake!) Of course, fast forward a few months and the day after she turned 7 ½, she was telling people that she was “almost 8.” Because you know math states that if it’s over .5, you round up.

You can use the optional half years up until you’re, I’d say, 13. At which point, no one cars about half years of your life any more. Once you’re a teenager, really it’s just a countdown until you start acting like a non-moody human being again and/or move out of the house. (I’m kidding. Kind of…) G

Full Years (From 13 until you have children) 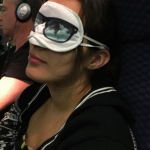 This person is sleeping, so she is obviously not me. This is my sister Jen. She doesn’t have kids yet. Enjoy sleeping while you can, Jen.

There’s a sweet spot here where age math is simple. You go by years, and that’s it.

Exponential Mom Years (From once you have children)

One of the things that no one tells you is how much children age you. Maybe not on the outside like the president of the United States does, but definitely in terms of energy, mental speed and memory. When I had my first daughter, I realized I was suddenly getting a lot older. And it hit me. I was 25 when she was born, but by the time she was 2, I was definitely 29. When I had my second, time sped up even faster. (Well, kind of. The truest parenting quote I ever heard is the “Years go fast, but the days are long.”) Suddenly, I was even older. And I realized that I was now aging in mom years. Meaning a mom’s true age is her kids collective ages plus her own – basically each year, you age one actual year for yourself and X additional years based on having X number of kids. Making me for all intents and purposes, 46 at the moment. (I know I look much younger. My secret is absolutely no sleep.) 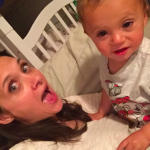 This is me, slightly delirious because the very exhausted baby in the photo with me has decided he is never sleeping again. As you can kind of see from the background, it is night-time. He doesn’t care.

[While I use the term mom years, I’m not saying this is gender specific. I’m just saying my husband who is actually in his 40s, still seems to be in his 40s, while I’ll be turning 50 next year.]

Although I have to say, once you reach a certain age, you don’t even keep track of your age. More than once in the last few years, I have spent a couple of months thinking I was a year older than I was – only to at some point realized I had rounded up and I suddenly gained six whole more months of life yet to live.

I was recently told that once your children move out, you either stop aging exponentially and possibly even age backward until you are just aging in normal 12-month calendar years again, but I won’t be able to weigh in on that until I’m over 100 in mom years, so I can’t say for sure.

Need to brush up on math to figure out your age in mom years? Have some kids in that later “half years” range? Check out 7 Generation Games.