We had our weekly game developers’ meeting yesterday and were extremely lucky to have a stellar cast of visitors drop in; best-selling author Derek Landy, star programmer Dave Taylor and our favorite Pokemon moderator of all time, Ronda Rousey. 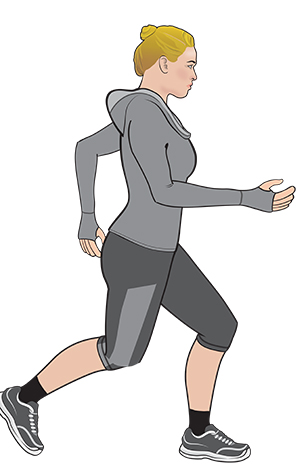 Prior to the meeting, our marketing staff had requested,

“Since this is being recorded, during this meeting, could you please not say @%$# as often nor threaten to kill anyone?”

As you can see from the recording, one of those two requests was met.

One reason for the failure to comply with the swearing, is as Dave Taylor so eloquently put it,

I believe Dave and I are going to become good friends.

Our beta version for Forgotten Trail is out. We showed a rough cut of the video ending Level 5, which is as far as we have completed. Ronda said it made her look like someone from Monty Python’s Ministry of Funny Walks.

As I said, it’s a rough cut, but the message is good, and I like how it’s turning out.

Her cameo in the game is to encourage the player to persevere. We put it in there because we found from analyzing data from earlier games that many players quit when they run into difficulties in the math challenges. That’s something I’ve seen in my entire career teaching statistics – people give up when it gets hard, and if they just kept working, they would get it.

We are a young company, founded in 2013, and all of our games are still being updated every year. Forgotten Trail still has two more levels to be written.

Like the player in our game, we’re in the hard part. This is the part where you have to persevere. As Dave pointed out, all of the games that Derek, Ronda, Justin and I mentioned in the meeting for comparison of where we want to be have “an eight-figure budget”.

He’s right and wrong at the same time. Yes, we don’t have that production quality yet, because we aren’t at those eight figures, but like Angie in Forgotten Trail, we will get there.

It is difficult to get over those early hills. That’s why companies give early adopter discounts to people who try their products and provide feedback when they are just getting started.

Be an early adopter ! Buy Spirit Lake or Fish Lake today (runs on Mac or Windows) and we’ll give you a  free copy of our  new game under  development, Forgotten Trail.