One of the opening lines of a game we have in prototype, Crossroads, is

Unlike that story, though, things have been crazy good.

Warning: This is going to sound like one of those annoying Christmas letters. You know the ones,

Janey cured cancer right after setting the world record in the 800-meter relay which she ran all by herself. The twins were accepted to both Harvard and Stanford but they can’t decide between the crew scholarship and the academic scholarship for best particle physics journal article by a high school student  ….

Unlike those letters, though, all of this actually happened and within a few months. In semi-chronological order, 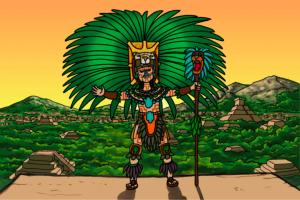 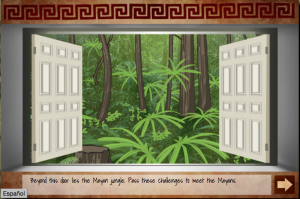 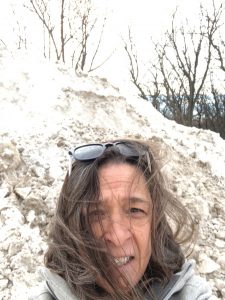 Oh, while I was in Fort Totten, it not being the party capital of the world, I had some extra time in my hotel room, so I did a Quora session. My answer on the most difficult part of starting a business ended up being published on Forbes , another answer, on how to find work-life balance while running a business was published by Inc. , ANOTHER one of my answers, on 5 tips to bounce back from tragedy was also featured on Huffington Post .

If that wasn’t enough attention for January,  CBC included us in their list of 17 beautiful indigenous books and games for kids.

So, that’s the last 2 1/2 months, not to mention having all of my wonderful children and grandchildren here for Christmas, a second trip to North Dakota and getting everything in order to head to Chile – vaccines, medical certificate, background check. Coming back from two weeks on the road, I’ve winnowed my unread emails down from 5,000 on Thursday to 3,400 today. I laugh at those Inbox Zero people. I’d be satisfied with Inbox 1,000. If I haven’t gotten back to you, I apologize.

You’d think with all of those accolades and all that recognition, we’d now have Scrooge McDuck money but I am sad to say that my sacks of money seem to have gotten lost in the mail and I still have to keep working. Hopefully, we’ll catch up soon, and, if not, I hear Chile is beautiful, and now you’ll have an excuse that you have to go talk to me about that website for the class reports on Fish Lake.