Everyone deserves free and equal access to the internet. The Federal Communications Commission (FCC) wants to change that by repealing net neutrality. If the FCC is successful, students and educators will suffer, especially those in marginalized schools.

Net neutrality is the internet’s guiding principle that protects our right to communicate freely online. With net neutrality, internet service providers and government regulators must treat all data and information on the internet equally, without favoring or blocking particular products or websites. Just as the First Amendment protects freedom of speech, net neutrality ensures a free and open internet for all.

Without net neutrality, telecom companies will make internet toll roads, giving big cable corporations control over what we see and do online. Internet service providers (ISPs) like Comcast, Verizon and AT&T will be allowed to block access to websites, throttle (or slow down) internet speeds and provide fast lanes for internet service for extra fees. Censorship would become legal, and an open internet only will be for the wealthy.

Imagine if a low-income student working on a final term paper had to pay to access sites for research. What if an internet connection was so slow that websites would not load, or took hours to load, instead of seconds? Sure, some highly driven students students might find a way to produce quality work, regardless of the obstacles (which are already higher for students from lower socio-economic background). But this shift would put too many students on the fast track to becoming another statistic. 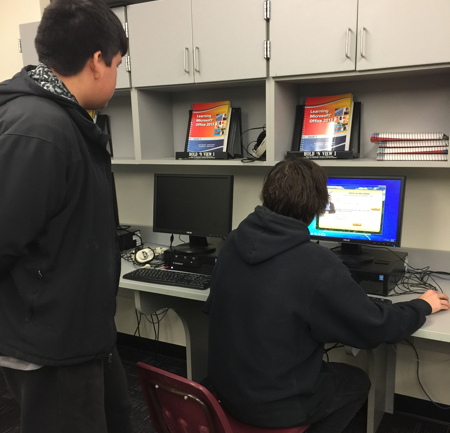 The same goes for educators and schools that incorporate technology into their classrooms. If some learning management systems run faster than other programs—because of special deals made with a school’s local ISPs—those learning tools (perhaps not the best or most innovative ones) will get precedence. Free, open-source web tools could be elbowed out by for-profit competitors . In such a scenario, students, teachers, administrators and parents all lose.

Many underserved communities already are disadvantaged when it comes to the internet. That’s because many rural, poor Americans have inferior internet access, or none at all. According to a 2014 article in High Country News, “Of the 19 million Americans who lack broadband access – defined as 4 megabits per second (mbps) download speed, 1 mbps upload – 14.5 million live in rural areas,” and “[t]hirty percent of Indians living on reservations also lack access.”

7 Generation Games was founded to help close this digital divide and give students who are overlooked, ignored and forgotten more opportunities to succeed. But achieving equity in education remains an uphill battle.

Removing net neutrality rules will make the climb steeper, not restore internet freedom, as the FCC claims. Without net neutrality, underserved communities and people of color will continue to be marginalized.

In May, 13 Democratic senators urged the FCC to preserve its open internet rules. “This proposal will have profound impacts on the way we watch movies, listen to music, do homework, talk to family, consult with a doctor, pay bills and conduct business,” they wrote in an open letter to everyone who uses the internet. “Taking away net neutrality rules benefits no one except cable, telephone, and wireless broadband companies.”

The internet is a great equalizer. When the FCC passed open internet rules in 2015, net neutrality was a big win for education. Net neutrality can continue to break down barriers to learning and advancement that have existed for Native Americans and communities of color for generations. Repealing it should not be an option.

On Wednesday, July 12, over 70,000 websites and organizations participated in a massive online protest to save net neutrality. This is more than a free speech fight (although free speech alone is something worth fighting for). The future of education is at risk. We, the people, have the power to save the internet—and ensure that every student gets a more equitable shot to reach his or her full potential.