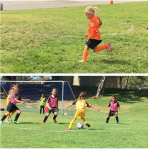 I am a soccer mom, but I don’t yet drive a minivan with a stick family on the back.

Both my daughters play soccer, so I guess that makes me a “soccer mom.” Now, I suppose this has been the case for the last couple years as my older daughter played soccer since she was 6, but it really shifted this year when she moved up to the U-10 age group.

You see that’s where soccer starts to get a bit more competitive. There’s longer practices, additional optional practices and more focus on strategy and positions. (Now, it’s AYSO, so fortunately there are not the kinds of crazy I encountered as a reporter who covered youth soccer both at a local and national level.) 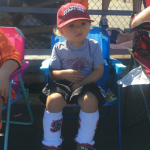 But as I’ve been both on the sidelines this season and watching my kids develop over the years, I couldn’t help but be struck by how much youth soccer parallels to other areas of learning — specifically, math, based on my day-to-day job of running 7 Generation Games. (Speaking of which, did you know we have a new iPad app? Get it now!)

Here’s what I mean:

At the youngest levels (my 4-year-old daughter is in U5), it’s just about getting them used to the idea. You introduce them to the most basic concepts: The ball goes in the net. Don’t use your hands. Kick the ball. Or in math: Counting, numbers, more than, less than. 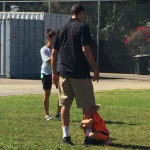 Forget about keeping score. How about just keeping them off of your leg in the middle of a game?

Then you build on that. In fact, in AYSO, the first few years they don’t even keep score – because they’re still learning. Learning, not winning, is the point, because, well, they’re 6 – and what they care most about is what the snack is after the game, as it should be, because they are 6. Each year, the kids develop further and build upon what they learn. And there are certainly some kids that have a more natural aptitude for the game. There are kids whose parents have played with them a bit or who have brothers or sisters who play and so they have a bit more of an idea of what’s going on than the kids whose parents show up on the first day not knowing they need shin guards. Math is like that too! (Only you don’t need shin guards to divide.)

But here’s what U-10 has shown me – well, I already knew it, so I guess what U-10 has illustrated – there is an age where the scale between “natural ability and/or a head start” and “practice” starts to shift. It’s that whole adage about “Hard work beats talent when talent doesn’t work hard.” I think that saying is a bit heavy when we’re talking about 8 and 9-year-olds, but there reaches a point where it’s necessary to work to improve – and for some kids, that means they need to work even harder. It’s not a coincidence that our math games start at that 3rd Grade level.

My daughter has never been the soccer all-star. She is fast and athletic, but she also needs to work at it. And so she is, especially this season. She goes to her regular practice and she goes to the optional extra practice. She listens to her coaches, and she comes home and we talk about what she could do better after a game. She went to a week of soccer camp before the season started. And it’s paying off. She went from never having scored a goal in two years to having scored like four already and we’re only five weeks into the season. (I have to qualify it with “like four” because I’m not actually keeping soccer stats on an 8-year-old.) The biggest thing for me is that she’s seeing that her effort is yielding results. 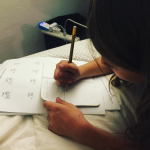 Math, or I would argue any subject or any endeavor, is similar. There are the kids that will seem to “just get it right away” or whose parents have been drilling them with flashcards since birth, but eventually even all students will hit concepts where they have to work at them. There’s a reason textbooks have pages of “practice problems.”

The academic parallel is fitting for my daughter as well because this year marks the first year that she’s really had to study. In class, she typically has been the all-star to whom it just comes naturally. But in 4th Grade, she’s actually having to review her study guides and ask me to check her work and practice her spelling words. As somewhat of a flip side to realizing practice pays off, she’s realizing that even if you’re talented, you can’t cruise on that alone forever.

Get Making Camp Free for iPad!