In December, 2015 we were on a roll. We raised our first seed round of $250,000 , released a beta version of our fourth game and were getting mentioned in the education press. We’d just finished our first accelerator, along with seven other edtech companies.

Fast forward four years later and four of those companies I know are no longer in business, two I cannot tell if they are still functioning or not. One of the remaining two is us, 7 Generation Games.

This is the part of startup life that no one tells you about.

If you read any accelerator pages they’ll leave you with the impression that the majority of their companies after demo day raise a million dollars. We actually did. The next million dollars took us THREE YEARS.

What’s wrong with us? Were we a bunch of slackers? Did we not find “product market fit”? Did we not “pivot”? Were we not “agile” enough? Did we just need a “viral video”?

Actually, I’d say that we had a pretty good idea of what the market wanted in some aspects. One thing schools wanted was software that covered a wider spectrum of the curriculum and they wanted it for Chromebooks, Windows and iPads. Our games covered some of the math standards for grades 3-6. We had three games for Windows, one for iPad and one for Chromebooks. (We had 3 Mac games, too, but few schools use Mac computers.) 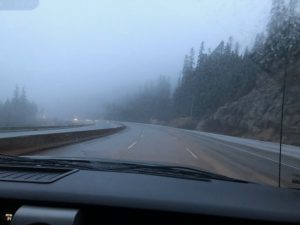 I suspect every industry has its Catch-22 and we were caught in the one for educational technology.

Schools want data to show educational software is effective but no one wants the software to be tested out on THEM.

Making a good game is expensive in both time and money and adding in the educational component makes it even more expensive. If we had the money, we could make more games, and make them faster. If we had more and better games, more schools would buy them. We now have 26 versions of a dozen games under our 7 Generation Games label – 4 run on Chromebooks, 6 on Mac/Windows, 9 on iPads and 7 on Android. We also have two in the Crossroads series and four more games in beta. Four years ago, though, we had far less.

Getting teachers to use new software means that first they have to even know it exists and then they need to find the time to learn what it does and figure out how to use it in their classroom. The best way to do that is hands on workshops in schools and at conferences, because in an average school we’re, teachers are super busy.

However, without sales, investors did not want to put in more money. Without more money, we couldn’t make more games, sell to more schools, collect more data and train more teachers.

First of all, we took our lesson from the accelerator and we minimized our expenses in every possible way. For over a year, neither Dennis nor I took a salary. One full-time outstanding developer plus a second half-time developer half-time grantwriter, with over 20 years of experience – for free. That’s one reason we were able to survive. Maria ran all of our marketing for free for several months and then took a salary for much less than she had been making writing for ESPN and Fox News Latino.

Even though you are supposed to go all in when you are part of an accelerator, they don’t tell you that you may run out of money. Fortunately, Maria had co-authored a best-seller, Dennis had invested well in stocks and I was doing some statistical consulting.

We emailed hundreds of people who didn’t get back to us, went to conferences and met hundreds more people who didn’t answer our calls or emails afterward. We emailed everyone again and again, called and left messages. We drove around California, North Dakota, South Dakota and Wyoming, taking meetings with anyone who would meet with us. After two years we had built up to around 6,000 users and had about $50,000 in sales to show for all of our work.

Obviously, things went uphill from here or I would be writing this from my cubicle in Acme, Inc. where I had ended up.

After about a year of this, we received a Phase II grant from the U.S. Department of Agriculture to develop software customized for rural areas with limited internet access and limited resources for individualizing instruction. This came up to around $500,000. We were able to expand our coverage of the curriculum to more grade levels, add bilingual features for our software to be usable in Spanish and English. This grant bought us some breathing room and led to our next stage which I call “Pushing water uphill: In two countries”.

Why am I telling you this?

I’m telling you this because I think our experience is normal. You don’t either go bankrupt or become a billion-dollar company overnight. In educational technology, and probably a lot of other fields selling to relatively conservative customers, there is a long period of slogging while you build your product, tell people you exist, pitch investors to give you money.

You may be told that “the entry point for starting a business is so lower than ever with all this technology” and “it just takes hustle”. You may find yourself feeling like a failure if your business doesn’t take off right away or if you have to close down.

Dennis and I had some significant advantages. We had enough in savings that we could go months, or even years, without a paycheck. We had enough in the bank that more than once over the past four years when customers were late paying, one of us could loan $25,000 or $50,000 to the company that we eventually got paid back several months later. Being older, we had a good number of friends, family and acquaintances who could afford $100 or $1,000 to back us on Kickstarter.

Still, it took us years to build up the catalog of educational games we have now. We learned a whole lot along the way.

I call bullshit that a 5-year startup is a failure

I heard that recently, that a 5-year startup is a “2-year startup and 3 years of failure”. I call bullshit. This was from the same author who referred to “starting up in your parents’ garage”. My mom is 87 and my dad died when he was 82.

For non-traditional founders, like us, it’s another Catch-22. We’re expected to grow like crazy in a couple of years, but no one is handing us grow-like-crazy money. Maybe that’s what our parents’ would keep in their garage, if they had one.

So, if it takes you four years to raise $2 million and you’re just starting to take off, I say, hurray for you.

Hurray for us, too, because three years after finishing at Boom Startup, we got picked for Startup Chile.

2 thoughts on “Pushing Water Uphill: The Startup Phase No One Mentions”