Growing up you’re taught of this wonderful American holiday known as Thanksgiving. It’s a time where you gather with your loved ones and give thanks for all you have and indulge in a bountiful feast. You’re also taught about this wonderful American story of how Thanksgiving began. In short, you’re told the Pilgrims arrived at Plymouth Rock, the Wampanoags helped them get through winter and establish themselves, and after a successful harvest the following year they all sat at a table and broke bread. But, as many of us now know, the history between Native Americans and settlers isn’t the most positive one. (Please consider that our submission for understatement of the millennium.) As such, we at 7 Generation Games offer some helpful dos and don’ts about Thanksgiving. 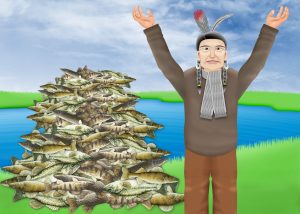 Many Native Americans and (even non-Native Americans) feel torn about Thanksgiving. They feel as if it marks the beginning of a very long and painful part of their history. They are thankful for their blessings despite their struggles. For example, the Ojibwe from our Fish Lake game, begin prayers with “migwiich”- a thank you. But, that doesn’t mean that the history tied to Thanksgiving isn’t incredibly painful, or that they all celebrate it.  Some groups of Native Americans and supporters even gather at Plymouth Rock in protest on the same day as Thanksgiving and hold a National Day of Mourning. 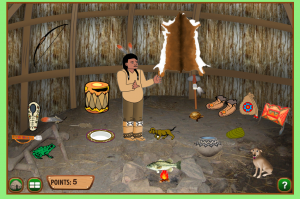 Better idea: Why not invite someone who actually is Native American to the classroom and talk about their experience and culture? In our games, we make sure that our portrayals of Native culture are accurate and authentic. No good has ever come from reinforcing racist stereotypes. 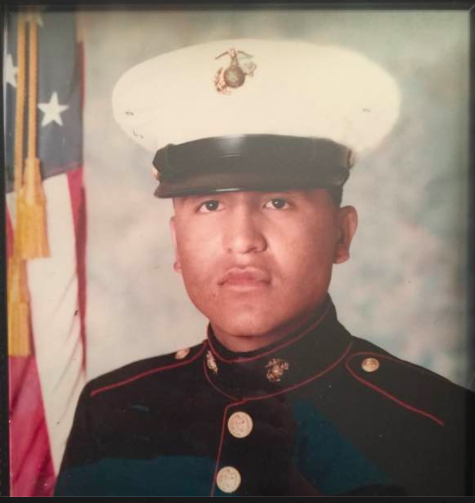 Erich Longie, Spirit Lake Dakota, looked like this when he was a young Marine 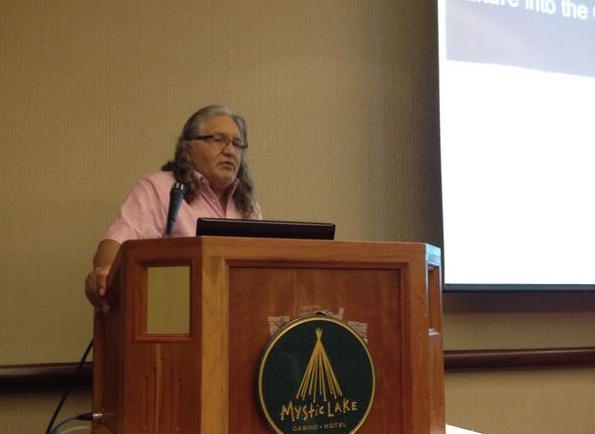 Now, Dr. Longie, and Tribal Historic Preservation Officer, he looks like this

DO: Expand the Conversation

Native Americans have played a role in our nation far beyond the history of Thanksgiving. They have especially made huge contributions to our military. Native Americans’ traditional worldviews are grounded in a recognition of the interrelationship among humans, animals, plants, water, winds, sky, and earth. Explain that there are many different Native American cultures and make up about 2% of the U.S. population.

DON’T: Focus Solely on the Past