That teacher-friend of yours, Ms. Robinson, I hate her!

This comment came from a very nice woman who had a child in my friend’s class, and she sounded like she meant it, too. Let’s call her Diana, because that wasn’t her name . I said,

Come on, you don’t mean that. Suzette is great.

Great? That’s what you call great? That woman is rude to parents and doesn’t care about the students!

Later that same week, I ran into Suzette Robinson (also not her real name) and got an earful about how rude parents can be.

Let’s take a look at culture. Read this next paragraph.

You told Aunt Myra you would be there to take her to the drug store about 9. You show up at 9:01, she jumps in and you speed off to town, get her prescription and drop her off at the door at 9:20 with ten minutes to spare.

Did that seem reasonable to you? Is that what you expected? Or did you laugh at that and think to yourself, “You have got to be kidding me!” 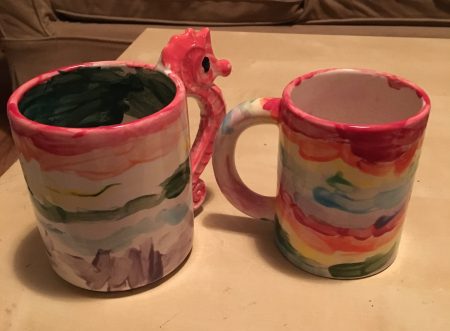 No, Diana comes to the house by  9:15 or 9:30 or somewhere around there. Auntie Myra is happy to see her. She offers her a cup of coffee and something to eat. She tells Diana about her arthritis and why she needs to go into town to get her medicine. Auntie Myra complains about her doctors at these low-cost clinics. Diana nods and tells her she understands just what she means. Diana tell her aunt about the problems her cousin Tammy has been having getting anything that works to help her arthritis. Auntie Myra mentions how sad it was that Tammy just lost her mother, they were the same age, 68 years old. She went to help with the funeral. Diana’s brother, Ryan, came and picked her up that time. They both talk about how hard it probably was for Ryan to go to the funeral, since he just lost his 18-year-old daughter in a car accident last month. (Actually, she was his wife’s sister’s daughter, but she had lived with them for the last 11 years.)

About 10:15 or so, they get in the car and drive into town, pick up her medicine and are back at 12:25 for Diana’s meeting with the teacher, which was supposed to start at noon.

Now, let’s look at the rest of the story

Her child’s special education teacher, Ms. Robinson, is not nearly as happy to see Diana as Auntie Myra was. In fact, five minutes before Diana arrived she was complaining to a fellow staff member about rude, inconsiderate parents who make people wait and don’t care enough about their children to show up at meetings on time or even at all.

When Diana comes into her room Ms. Robinson says, “Nice of you to make it,” in a cold voice, and adds, “I am glad to see you.”

Diana thinks to herself, “No, you aren’t.” Ms. Robinson doesn’t offer her any coffee or anything to eat. Diana is hungry because she’s been running around with Auntie Myra getting her medicine and other things she needs and it is lunchtime. She shoves some papers toward you and, before giving you time to read it, starts talking.

Ms. Robinson scheduled the meeting during lunch so the mother could make it and then Diana showed up 25 minutes later. Of course, Suzette ate her lunch while she was waiting for Diana to arrive. She had to reschedule this meeting from last month because Diana called up the day before and left a message about a death in the family. Ms. Robinson didn’t think much of this excuse when she heard the death was her brother’s niece – hardly a close relative.

And now I have to go because small children have invaded my office.