We made a game where you can buy stuff with math problems. Yes, we are awesome.

Today’s game is a memory card game, part of our game Making Camp!

I remember playing the memory card game with my older brother, who is exactly 4 years older than me. And yes, we have the same birthday. So as a 4-years-younger sister, I was already at a disadvantage when playing any game with him. I was 6 he was 10. I was bound to lose and helpless. We would play on a glass tray which was incredibly tempting to look under and cheat. Sometimes we were so fed up we gave each other a freebie, which didn’t help either of us.

AnnMaria remembers playing games with her brothers and sisters and diving across the living room floor to wrestle with whoever was winning, assuming it wasn’t her.

What’s the point of this? Don’t pull an Irma, Raul or AnnMaria.

Another point – old staples can be put to new uses.

Don’t worry, it’s not a Frozen edition, or Spongebob, not another vehicle for inter-sibling rivalry, but a memory card game that tests your math skills and has Native American icons! Some games will feature buffalo, tipis and pottery, along with math problems. In fact, in our games, you practice your math skills and every math challenge you win gives you virtual currency to spend in our games. 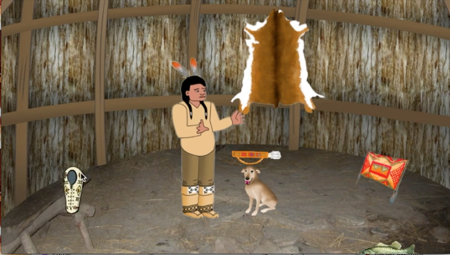 Hate your kids asking you if they can buy stuff in those “free” games ?

Yeah, us, too. That’s why everything you see in the wigwam above, and more, was “bought” with points earned from solving math problems.

Thankfully, my younger brothers, Max and Toby have a great start on both honesty in board games, and learning math in fun ways. In fact, here’s them playing making camp! 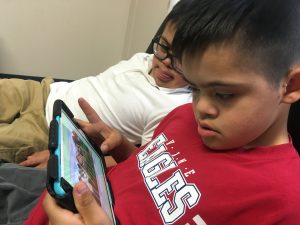 Picture included to up the adorable rating of this blog.